The Department of Justice Antitrust Division and the Federal Trade Commission are making good on their promises to scrutinize the world’s leading technology platform providers – Amazon, Apple, Facebook and Alphabet’s Google – as the cries from competitors for what they consider to be unchecked market dominance and anticompetitive practices grow in number and volume.

Retailers blame Amazon and Google for an information bottleneck, the collection of third-party sales data, and the spread of counterfeit products. Independent developers say Apple favors its own apps above all others, and retailers say Amazon is doing the same with consumer products. Social media companies question whether Facebook’s methods of gathering and use of consumer data, and its sheer market power, are being used inappropriately to hamper competition globally. 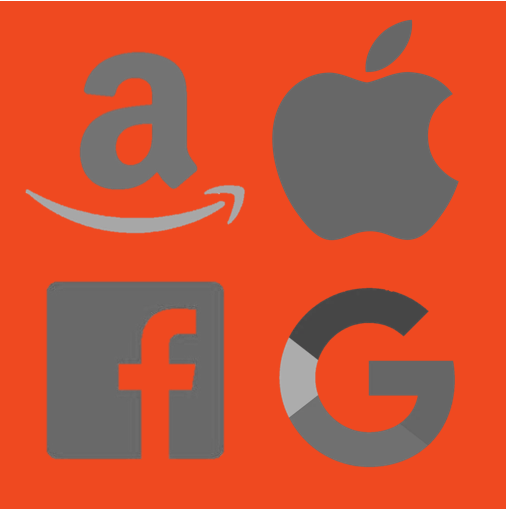 This week the DOJ announced it is reviewing “whether and how market-leading online platforms have achieved market power and are engaging in practices that have reduced competition, stifled innovation, or otherwise harmed consumers.” The Wall Street Journal broke the story, later confirmed by the DOJ, writing that this new antitrust inquiry under Attorney General William Barr “could ratchet up the already considerable regulatory pressures facing the top U.S. tech firms.”

WSJ reporter Brent Kendall wrote that the review will “go above and beyond recent plans for scrutinizing the tech sector” previously crafted by the DOJ and FTC, which have divided up which will lead separate investigations against the tech giants.

“Without the discipline of meaningful market-based competition, digital platforms may act in ways that are not responsive to consumer demands,” said Assistant Attorney General Makan Delrahim of the Antitrust Division. He promised “an objective and fair-minded” look at the conduct of these companies “to ensure Americans have access to free markets in which companies compete on the merits to provide services that users want.”

U.S. House of Representatives Antitrust Subcommittee Chairman David N. Cicilline (D-RI) is heading a bipartisan investigation, too. “Market power in digital markets presents a whole new set of dangers” for the U.S., both politically and economically, Cicilline said in announcing the probe. Hearings were held in Washington earlier this month. As reported by the WSJ, they focused on Facebook’s cryptocurrency plans, Google’s alleged (and hotly disputed) censorship of conservative points of view, and anticompetition practices of the Big Four, from adjusting algorithms in their favor to buying up smaller competitors.

“After four decades of weak antitrust enforcement and judicial hostility to antitrust cases, it is critical that Congress step in to determine whether existing laws are adequate to tackle abusive conduct by platform gatekeepers or whether we need new legislation to respond to this challenge,” Cicilline said when he announced the investigation.

House Judiciary Chairman Jerrold Nadler (D-NY) noted “growing evidence that a handful of gatekeepers have come to capture control over key arteries of online commerce, content, and communications …. Given the growing tide of concentration and consolidation across our economy, it is vital that we investigate the current state of competition in digital markets and the health of the antitrust laws.”

The pressure is on for Big Tech in the U.S. and abroad.

This week the FTC announced a $5 billion privacy fine against Facebook, settling the case that followed the 2018 Cambridge Analytica scandal. Facebook agreed to reinforce user privacy protections, and CEO Mark Zuckerberg pledged, via a post on Facebook, to “make some major structural changes to how we build products and run this company.”

In April, the German competition regulatory authority barred the company from combining user data with data it scrapes from non-Facebook sources — a major wellspring of Facebook’s data — unless users give expressed permission. The agency said Facebook used its restrictive user agreement to dominate the German market.

In March, the European Commission fined Google $1.69 billion for breaching EU antitrust rules. “Google has abused its market dominance by imposing a number of restrictive clauses in contracts with third-party websites which prevented Google’s rivals from placing their search adverts on these websites,” the EU Commission said. The Commission fined Google $2.7 billion in 2017 and nearly double that amount in 2018, when it hit the company with a $5 billion fine. All told, Google has been fined nearly $9.4 billion by the EU.

The FTC Bureau of Competition, which launched a Technology Task Force in February, is likely to consider privacy as a nonprice factor in assessing the online marketplace and limited access to data as a barrier to new market entrants. That’s another step in the right direction for enforcers finally trying to adapt to the era of Amazon, Apple, Facebook, and Google.

These investigations have been a long time coming.