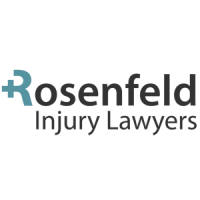 One of the incidents involved a 57-year-old assisted living home resident suffering from an intellectual development disability as well as physical and medical disabilities. After a fight over the thermostat in which the resident complained he was cold and turned the temperature up after Charles Guyse Shelton turned it down multiple times, Shelton pushed the resident and knocked him into the stairs.

After the resident of the assisted living facility complained of back pain, he was transported to St. Mary Medical Center in Hobart, where he was found to have three broken ribs. Shelton claimed that the resident had slipped and fallen as a result of some water on the floor of his room. Witnesses proved otherwise, and Shelton was charged with two level five felonies: one count of battery of a defendant and one count of neglect of a defendant. He was also charged with one count each of level six battery and neglect of a dependent and one count of both Class A and Class B misdemeanor battery.

Three employees, Shawn Frye, Nigel Mims, and Timothy Shelton, were involved in another incident, which took place on April 3. Allegedly because he accidentally defecated on himself, a 63-year-old nursing home resident with intellectual development disability, autism, depression, and several medical and physical disabilities was thrown to the ground, kicked, and punched. Another resident reported to the police that he saw two men kicking the victim in the stomach as he cried and begged them to leave.

Aside from violence and abuse, neglect also played a part in these incidents. Neglect of the elderly or bedridden can cause bedsores or pressure ulcers if the dependent is unable to move themselves due to mobility limitations.

Negligence is defined as failure of the nursing home (or other assisted living facility) to exercise proper care. Some of the most prevalent cases of abuse and neglect include:

These forms of abuse and negligence can lead to numerous negative consequences, the worst being death as a result of a mix-up, error or mistake when giving medication.

Falls are also a large (and growing) problem in the assisted living community as a whole. On average, nursing homes and assisted living facilities report 200 falls per year, causing injury or death to approximately 36 percent of all residents. Many of these falls are preventable and are caused by negligence on the part of nursing staff and employees.

Signs of negligence or abuse vary among facilities, but the most common include bedsores, rapid weight loss, clear discontent with a specific staff member, depression and/or anxiety, open wounds, isolation, an unclean environment, and contusions or other obvious signs of injury.

Unfortunately, stories like the one above are not uncommon. In fact, studies have shown that almost one out of every ten elderly individuals will experience abuse in some form. In broader terms, more than two million cases of elder abuse are reported each year. The total number of cases of elder abuse is unknown as the majority of incidents go unreported. The elderly are statistically the least likely to report any incidences of abuse, and so it is very likely that the story above is happening much more frequently than we hear about on the news.

Many families with a loved one injured by the nursing staff and employees have no other option than to seek legal recourse by hiring personal injury attorneys who specialize in nursing home and assisted living center injury cases. By law, victims and surviving family members are given an opportunity to seek financial recompense against all who caused the victim harm, injury or death. In addition to holding all responsible parties legally accountable, the attorneys working on behalf of the victim or survivors can build a case seeking financial recompense to cover medical expenses, pain, suffering, wrongful death and other damages.