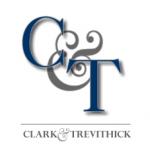 What is a No-Contest Clause?

Most estate planning instruments (such as wills and living trusts) include a no-contest clause as a matter of prudent drafting.  The no-contest clause is derived from the common law of decedent's estates.  In more recent years, the rules for no-contest clauses have been embodied in the California Probate Code.

The no-contest clause is distinguished from a "disinheritance clause" (recommended to be included as a separate provision of a will or trust).  The disinheritance clause normally concerns only a testator's or settlor's spouse or children. It may preclude any of these persons from receiving any property under the will or trust, if that is intended.  The disinheritance clause prevents challenges by such persons on the basis of otherwise being "omitted" (see California Probate Code sections 21610 and 21620).  The no-contest clause is more broadly directed against all designated beneficiaries under an instrument regardless of category or description.

No-contest clauses are included in wills and trusts to discourage challenges to the validity of those instruments.  Estate planning clients are usually very clear on their wishes for the distribution of their estates after a death.  They understand whom they wish to benefit and whom they do not wish to benefit and the manner by which the inheritance is to be shared or distributed.  They do not expect persons other than those designated as beneficiaries to receive any interest at all.  In other words, estate planning clients want their wills and trusts to be carried out without contesting legal action frustrating their objectives.  They certainly do not expect that their estate plan will be disregarded in any way (such as alternative distribution under the intestacy provisions of the California Probate Code, if a contest is successful).

There is a policy in the California Probate Code to allow testators and settlors to preclude the taking of an inheritance by anyone who brings a contest.  Indeed, some wills and trusts have incorporated very express and lengthy no-contest clause provisions in the past, the application of which may have had varying results in courts of law.  Accordingly, the California legislature recently adopted new no-contest clause statutory provisions.

What Exactly Does the New No-Contest Law Require?

Newly enacted California Probate Code section 21311(a) provides that a no-contest clause is enforceable only against three (3) types of "contests," being:

For these purposes, "probable cause" supporting a contest exists if the facts known to the contesting beneficiary would otherwise cause a reasonable person to believe that there is a reasonable likelihood that the relief requested by his or her challenge would be granted by the court after an opportunity for further investigation or discovery (see California Probate Code section 21311(b)).

Also for these purposes, a "direct contest" is limited to six (6) specified types of challenge alleging the invalidity of a "protected instrument" on the grounds that it was executed by forgery, lack of due execution, lack of capacity of the transferor or revocation of a will or trust, among other categories.  A "pleading" for these purposes means a petition, complaint, cross-complaint, objection, answer, response or claim filed with the court by the contesting beneficiary.

Which Documents are "Protected Instruments"?

How Does the New No-Contest Law Apply to My Existing Will or Trust?

Do I Need to Change My Estate Planning Documents Now?

I suggest that your estate plan be reviewed to determine how its no-contest clause will be applied both before and after the new law becomes effective the first of next year.  Only then will you be certain that your testamentary wishes will be followed after a death should your beneficiary seek to challenge your estate plan.  Again, the new law will limit the application of your no-contest clause to the contests described above.  Somewhat more complicating is the fact that previously signed wills and trusts, and those prepared during the balance of 2009 should include two provisions for the no-contest clause should the estate plan become irrevocable by death during 2009.  New language has been developed which can be added to your existing instruments.