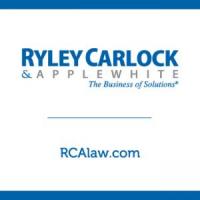 Did You Know Your Choice of Emoji Can Have Legal Consequences? Picture of Chipmunk is Worth Thousand Words—and about $2,000

Technology moves fast. The law…does not. Our legal system relies on history and precedent, and so it takes time (sometimes a lot of time) before judges and lawyers can figure out how to shoehorn new technology into existing law. But as much as lawyers might prefer things to stay the same, society continues to progress and the ways in which we communicate are no different. Today you can write someone, record a video, send a meme, or, as here, use emojis. So how does a court interpret an emoji?  ¯\_(ツ)_/¯

The Case of the Optimistic Chipmunk

In Israel, a couple approached a landlord about renting his apartment. After touring the apartment and some back and forth, they texted the landlord the following:

This translates (roughly) to “Good morning

We want the place

And while some might consider them mere silly pictures, here the case came down to the emoji. The judge ruled that these emojis “convey great optimism”[1] and, like the smiley faces that were used throughout the negotiations, “convey to the other side that everything is in order.” The couple’s use of those optimistic emojis was held to be misleading, given that the couple used them even though they were already doubting whether they would actually rent the apartment. By leading the landlord on, in part via those “festive” emojis, the court decided that the couple acted in bad faith and had to pay the landlord approximately $2,200.

Concepts to Consider Before Sending that Emoji

American courts are not bound by Israeli law, but the issues reflected in this case are also being litigated all over America. This won’t be the last case on emojis that you’ll see. So what can we draw from this case to use in our own personal and professional lives?

(2) Your past actions can come back to haunt you. If you take a certain position on an important issue while negotiating a contract and then later try to flip your position, that can turn out badly for you. Don’t try to trick someone into contracting with you.

(3) Remember that your e-life is not private. Your texts, tweets, Facebook posts, and Snapchats can all be traced back to you and potentially used against you in litigation.

(4) Reasonable people can interpret things differently from how you intend. There are a few levels to this:

(5) Think hard about whether you want to use any kind of symbol in a business-related communication.

The Most Important Lesson of All: Hire a Professional

What you say matters. So does the way that you say it. So if you’re doing something important, be it buying a house or closing a business deal, you should strongly consider using a professional as your go-between so that you can be sure that you and the other side can actually understand each other

If nothing else, your lawyer can tell you when it’s time to use

Some of Jason’s representative matters include: