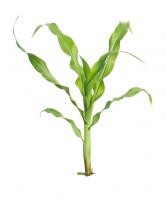 Last Chapter In The “Corn Wars” Or Just The Latest?

On February 28, 2012, a three-judge panel of the Fed. Cir. ruled that the Board properly ruled that Monsanto prevailed in interference no. 105,728, involving the patent claims directed broadly to transgenic corn. (Ruling found at the end of this post.) Although Pioneer had filed its priority application in 1988, well more than one year before Monsanto filed the 2005 application involved in the interference,  the panel found that Monsanto was not barred by 135(b)(1) since earlier applications in the chain of the Monsanto applications that led up to the 2005 application claimed “substantially congruent” subject matter in the aggregate (e.g., broadly claimed transgenic corn). The panel also agreed with the Board that Pioneer’s first application did not contain an enabling disclosure of the claims at issue. The main Monsanto claim is a model of a broad transgenic corn plant claim (the Latin name for what modern corn farmers raise is Zea mays):

A fertile transgenic Zea mays plant containing heterologous DNA which is heritable, wherein said heterologous DNA confers a beneficial trait to the plant, wherein said beneficial trait is selected from the group consisting of pest resistance, stress tolerance, disease resistance, and the ability to produce a chemical, wherein the plant expresses a selectable marker gene, and wherein the plant is from a subsequent generation of a plant that is re-generated from a selected transformed cell [Ser. No. 11/151,700].

This, and other claims in related patents, are important claims. They cover “Bt corn” that resists infestation by the European Corn Borer and cover Round-up Ready corn, that resists the herbicide glyphosate. They last time I looked, transgenic corn plants occupied at least sixty per cent of all of the U.S. corn acreage.

This decision may not rock the world of IP law, but it certainly brings back memories. To prevail, Monsanto needed a priority date of January 22, 1990. This is the filing date of the parent of serial number 508, 045, filed April 11, 1990. I partly wrote, and prosecuted this application for about six years until it issued as U.S. Pat. No. 5,484,956. The application, naming inventors Ronald Lundquist and David Walters, was filed by MGI Pharma, moved into a subsidiary called PSRI and sold to a small Massachusetts biotech company, BioTechnica. BioTechnica in turn sold it to DEKALB Genetics Corp. (think “winged corn”) and DEKALB was eventually acquired by Monsanto. Somehow, I managed to survive all these ownership changes and eventually obtain the allowance of six claims. Interestingly, one of them was directed to “children” and “grandchildren” progeny plants of the R0  “first generation”  plant, also covered in the “interference claim” above. Claim 1 reads:

I know, this claim is nowhere near as elegant as the 2005 interference claim but in 2002, IP Worldwide picked the ‘956 patent as one of ten patents that “changed the world.” So there.