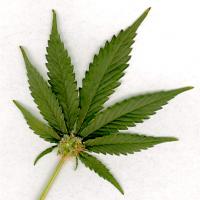 Across the country, litigation involving marijuana has been consuming vast public resources.  While California may seem to lead the pack, litigation is ongoing in our states.  Much of this litigation involves trying to find a way to allow medical marijuana to be distributed to people who suffer from various medical ailments to fights between dispensaries and cities who are seemingly caught in between California law, which permits medical use of marijuana, and federal law, which makes the use of medical marijuana illegal under the Controlled Substances Act.

Some cities have decided that they don’t want to allow medical marijuana facilities on their soil.  No way, no how.  They have filed complaints and motions for injunctive relief, and of course, the dispensary owners respond with oppositions and appeals.  Some cities allow dispensaries to exist, such as in Long Beach and Los Angeles, but their method of regulation – permitting some but not others or charging a major arm and a leg for permits – is being challenged.  One city, the home of Leisure World in Laguna Woods, which caters to an aging population, currently permits dispensaries to exist but only for local residents.  (I sense another lawsuit coming on this point alone.)

Litigation involving medical marijuana has also touched the family and employment law fields.  In a recent case, an estranged spouse claimed that her husband should not have unrestricted visitation with their minor child because the husband used medical marijuana.  It can easily be seen how the use of medical marijuana can be used as a weapon against the patient who requires it for a medical condition.  Another case involved a request to remove a child from the home of a former spouse because the child had access to the legally permitted marijuana plants that were grown in the backyard.

Employers may be particularly vulnerable to such disputes.  Because marijuana is an illegal substance, an employer can fire or refuse to hire employees who use marijuana without any problem without violating the Americans with Disabilities Act or other federal anti-discrimination statute.  Some states, such as Oregon, California and Montana permit an employer to fire a medical-marijuana patient for using marijuana, while Rhode Island and Maine prohibit such action.  Some distinctions are made based on when and where the use of the marijuana takes place as well as the state of impairment and the type of job to be performed.

Recently a major case against Wal-Mart hit the news in June.  Joseph Casias, who claims he uses medical marijuana for relief from pain due to an inoperable brain tumor, sued Wal-Mart in Michigan, alleging the retailer wrongfully fired him after he tested positive for marijuana.  Mr. Casias is represented by the American Civil Liberties Union, and claims he used marijuana on his doctor’s advice and in compliance with Michigan law.  He also claims he has never come to work high, but still he failed a drug test, which can measure ingestion within a four to six hour period.  Employers across the country are watching that case and how it will impact the area of employment law.