On May 7, 2015, OSHA obtained a preliminary injunction in a Section 11(c) whistleblower case barring Lear Corporation from further retaliating against the whistleblower, Kimberly King. The injunction is a significant win for whistleblowers because the court’s order broadly construes the scope of protected whistleblowing to include disclosures to the media, and it signals OSHA’s stepped up enforcement of whistleblower protection laws. 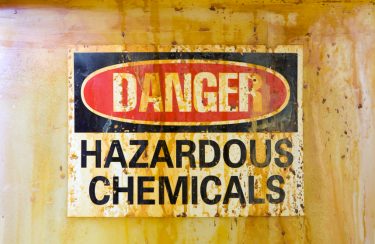 Kimberly King worked for Lear Corporation at a plant in Alabama that produces foam cushions that are used in car seats and headrests. King raised concerns about the health effects of exposure to a chemical called toluene diisocyanate (“TDI”).   Based on internal tests and tests conducted by OSHA, Lear concluded that TDI levels were within legal limits. King, however, remained concerned that she developed asthma because of her exposure to elevated TDI levels at the plant, and King shared her concerns with media outlets. An article on nbcnews.com described how TDI and other workplace chemicals correlate with certain respiratory conditions like asthma, and the article cited a physician who concluded that King is in the top 25 percent in terms of the levels of isocyanate antibodies in her blood.  King also participated in a YouTube video accusing Lear of exposing employees to TDI.

Lear suspended King and another employee from work without pay for participating in the video on the ground that King should have known that the plant was not exposing employees to elevated levels of TDI.   In addition, Lear demanded that King recant her statements to the media. King continued to raise her concerns by going to Hyundai in March 2015 to deliver a letter asking it to fix the conditions at the plant. Lear then suspended King for seven days without pay, and upon King’s return, Lear terminated her employment and sued her for defamation and interference with business relations.

After an evidentiary hearing, Judge Callie V.S. Granade concluded that King’s participation in the YouTube video, her disclosures to the press, and her disclosures to OSHA constitute protected activity. In addition, she issued an order providing broad preliminary relief, including:

In assessing whether OSHA’s injunction serves the public interest (one of prerequisites for granting a preliminary injunction), Judge Granade made a critical observation about the public policy undergirding whistleblower protection laws: “The public retains an interest in safe and healthy workplace environments for all employees, and protecting employees who speak up about perceived dangers in the workplace. This preliminary injunction may also help prevent future violations of section 11(c) and inform current employees of their rights under this section.” This order is a great example of the type of vigorous enforcement required to effectively protect whistleblowers.