Ransomware Strikes California Hospital – Could You Be Next?

In a chain of events that should be a wake-up call to any entity using and storing critical health information (and indeed, ANY kind of critical information), Hollywood Presbyterian Medical Center (“HPMC”) has announced that it paid hackers $17,000 to end a ransomware attack on the hospital’s computer systems. On February 5, HPMC fell victim to an attack that locked access to the medical center’s electronic medical record (“EMR”) system and blocked the electronic exchange of patient information. Earlier reports indicated that the hackers had originally demanded $3,400,000.Such “ransomware” attacks are caused by computer viruses that wall off or encrypt data to prevent user access. Hackers hold the data ransom, demanding payment for the decryption key necessary to unlock the data. The attacks are often caused by email phishing scams. The scams may be random or target particular businesses or entities. In the case of HPMC, the medical center’s president and CEO indicated to media outlets that the attack was random, though Brian Barrett, writing for Wired, questioned that assertion. The medical center’s announcement of the resolution of the incident indicates that there is no evidence that patient or employee information was accessed by the hackers as part of the attack. Even if the data was not compromised, the attack led to enormous hassles at the hospital, returning it to a pre-electronic record-keeping system.

We have seen many variations of the ransomware attacks on the increase lately.   Cryptolocker and Cryptowall are the two most prevalent threats, but a Forbes article about the HPMC attack revealed that HPMC was victimized by a variant called “Locky,” which, according to the Forbes article, is infecting about 90,000 machines a day.

Details of the HPMC Incident

On February 2, 2016, three days before the HPMC attack, the Department of Health & Human Services Office for Civil Rights (“OCR”) announced the launch of its new Cyber-Awareness Initiative. That announcement included information on ransomware attacks and prevention strategies. Suggested prevention strategies from OCR included:

Most of these prevention strategies are HIPAA security and overall general business security measures that ought to be in place for companies across the board. As OCR and the FBI (see below) both indicate, smart email practices and training the workforce on them are key elements to preventing phishing scams. 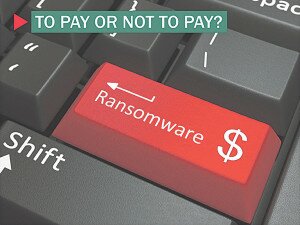 One of the big questions arising out of the HPMC and other ransomware cases is:  do we pay?   If your business is about to grind to a halt, you likely have no choice.    However, the incident should first be reported to the FBI and discussed with forensics and legal experts who have experience with ransomware in particular. The FBI’s Ransomware information page provides some tips.  Ransomware attacks should be part of your incident response plan and the “what do we do” should be discussed at the highest levels of the company.

Before clicking on a link in an email or opening an attachment, consider contextual clues in the email. The following types of messages should be considered suspicious:

All businesses in any sector need to take notice of the HPMC attack and take steps to ensure that they are not the next hostages in a ransomware scheme.

Cynthia is a highly regarded authority in the privacy and security field and a Certified Information Privacy Professional (CIPP). She handles the full range of data security issues for companies of all sizes, from start-ups to major corporations. Cynthia is masterful at conducting privacy audits; crafting procedures to protect data; advising clients on state, federal, and international laws and regulations on information use and data security; helping organizations respond to breaches; and planning data transfers associated with corporate transactions. She is an in-...