Statistics on the Backlog Problem and "Fast-Track" Options in Brazil

The recent proposal of automatically granting pending applications without examination is nothing but a desperate measure against a problem that has been haunting applicants and practitioners for decades. Apart from the average 11.2 year backlog at the Brazilian PTO (“BRPTO”), very little information is known on this topic. While going deeper into the backlog is a complex task, requiring a scientific approach, provided below are some statistics that may be sufficient to provide a clearer insight into the problem and how to overcome it. 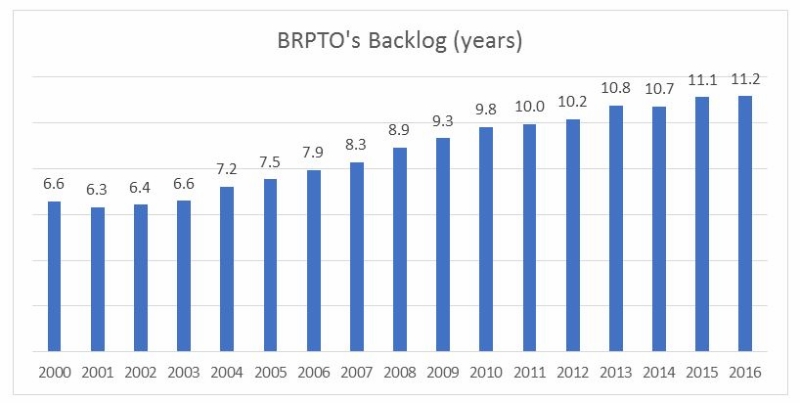 An analysis of the past 17 years, shows that an examination backlog was already a major problem in the beginning of the last decade. And the fact that the backlog has kept growing, almost twice as large 17 years later, evidences that no measure implemented by the BRPTO has been successful.

There is a widespread feeling among Brazilian patent practitioners that the backlog affects distinct technical fields in different ways. The numbers below not only confirm the general feeling, but also show that the extent of the impact might be higher than imagined. 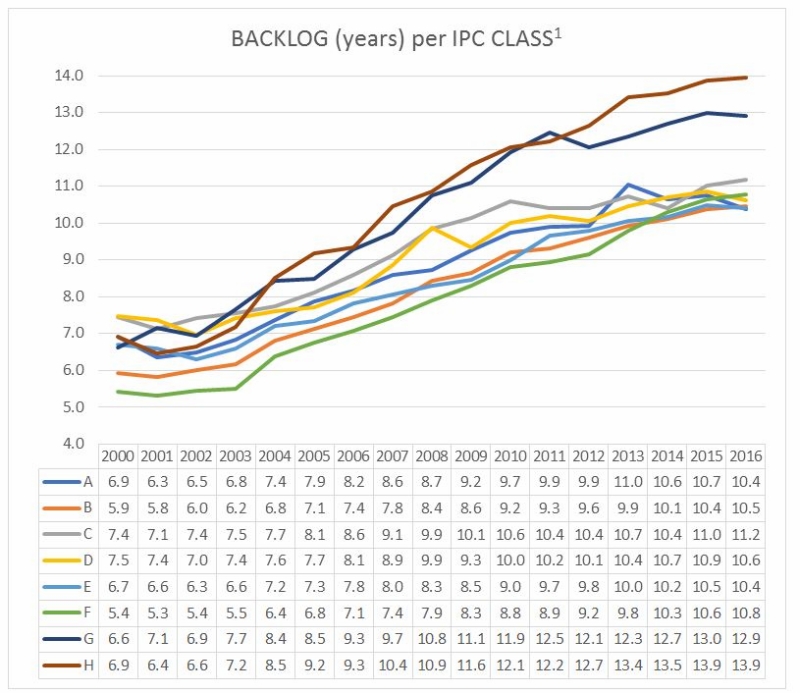 The Brazilian Patent Statue establishes a “de facto” automatic extension in the term of validity of a patent in cases where the BRPTO takes more than a decade to examine the application. This is done in an attempt to reduce the harm suffered by applicants due to unreasonable delays. Accordingly, patent protection is granted for 20 years counting from the filing date or 10 years counting from the date of grant, whichever is longer.

Since 2014, this provision has been triggered in all IPC classes. However, while this automatic extension is of great use for technologies with a long life-cycle, it is virtually useless for others with much shorter life-cycles, such as certain technologies in the telecom/software industry because these technologies tend to become obsolete much faster. As seen above however, these industries are precisely the ones that suffer with the largest backlog, (see IPC classes G and H).

The numbers below show how the fast-track option for these Groups have performed in the past years, measured in view of the average number of years between acceptance of a request for fast-track examination and the decision granting patent protection. 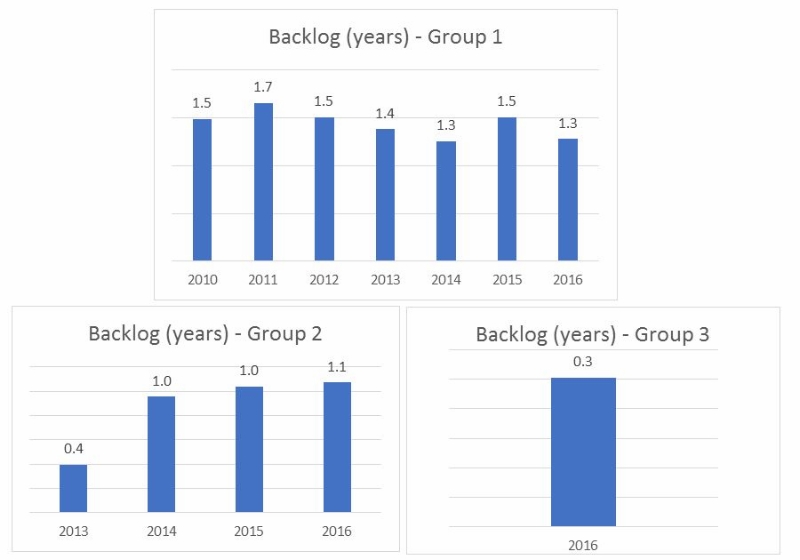 As shown above, in comparison to the regular backlog, the waiting time is drastically reduced when one of the fast-track routes is used. Because the PPH Programs (Group 3) were implemented most recently, and there is still only a small number of applications were filed so far, they are the most effective pathway into a faster examination.

While the backlog is still a major problem, it affects all competitors in a particular industry in the same manner. However, dealing with the backlog in a strategic way, either by taking advantage of an extended term of protection or making use of the fast-track examination procedures, can be a decisive tool toward beating competition in Brazil.

Andre Venturini contriubuted to this article.

Dr. Calvo, a director in the Biotechnology/Chemical Group, represents a diverse group of U.S. and international companies innovating in the biotechnology and pharmaceuticals industries.  He provides counsel with regard to global patent portfolio strategy, licensing, patent validity, infringement, and design around strategies.  Dr. Calvo is experienced in U.S. and international patent procurement and enforcement matters (particularly patent prosecution and oppositions), FDA/ANDA practice, technology transfer, invalidity, noninfringement, freedom-to-operate and patentability opinions, and...