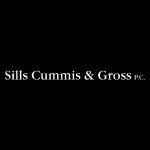 A recent decision by the United States Supreme Court stands to dramatically change the landscape of liability under the Comprehensive Environmental Response, Compensation and Liability Act, 42 U.S.C. § 9601 et seq. (“CERCLA”). For decades, one of the government’s chief weapons in its “Superfund” litigation arsenal was the threat of strict, joint and several liability for the entire cost of cleaning up environmental contamination, regardless of fault. In Burlington Northern & Santa Fe Ry. Co. v. United States, 129 S. Ct. 1870 (2009), the Court blunted the impact of that threat by holding that a potentially responsible party (“PRP”) may avoid joint and several liability when it can demonstrate a “reasonable basis” for apportioning harm even if the evidence is less than precise, rejecting the Ninth Circuit’s far more strict approach. In addition, the Court narrowed the scope of so-called “arranger” liability, holding that the statute requires intent to dispose of hazardous substances.

Brown & Bryant Inc. (“B&B”) operated a chemical distribution business from 1960 until 1989. B&B’s original facility was 3.8 acres, but in 1975 it expanded its operations to an adjacent, 0.9-acre parcel leased from the Burlington Northern and Union Pacific Railroads (“Railroads”). Among the chemicals that B&B stored and distributed were an herbicide bought from Dow Chemicals and two pesticides, Nemagon and D-D, which it purchased from Shell Oil Company. DD was originally purchased in 55-gallon drums but, in the mid-1960s, Shell required its distributors to maintain bulk storage facilities and began selling D-D in bulk. Shell arranged for delivery of the D-D shipments by common carrier “f.o.b. destination,” meaning that B&B became responsible for the product once it arrived at its facility. Having become aware that spills of D-D were a common occurrence among its distributors, in the late 1970s, Shell took steps to encourage safer handling of its products, including providing safety manuals, offering a discount to distributors that made safety improvements, and requiring inspections and compliance certifications.

By the time the facility was designated as a Superfund site in 1989, B&B had become insolvent and ceased operations. The U.S. Environmental Protection Agency and California Department of Toxic Substances Control sued the Railroads and Shell pursuant to CERCLA, seeking to hold them liable for all cleanup costs.

Following a six-week bench trial, the district court issued a 190-page decision in which it held that both the Railroads and Shell were PRPs under CERCLA § 107(a). The Railroads were “owners” of part of the B&B facility. Shell, meanwhile, had “arranged” for the disposal of hazardous substances through its sale and delivery of D-D; even though Shell did not intend to dispose of its product, it knew that spills and leaks (both of which constitute “disposal”) were likely.

Though both parties were strictly liable, the district court did not impose joint and several liability for the entire cost of remediation. Rather, it found that contamination at the site was divisible and therefore capable of apportionment. The trial court apportioned nine percent of the total cleanup cost to the Railroads. It determined that the Railroads’ property constituted 19 percent of the entire facility, and that B&B used the Railroads’ property for 45 percent of its entire period of operation. The Court then multiplied those figures by 66 percent because it found that only two of the three chemicals had contributed to contamination on the Railroads’ property. Because the trial court relied on estimates rather than detailed and specific records for its calculations, it added a fifty percent “margin of error” and rounded up to nine percent (.19 x .45 x .66 x 1.5 = .09). Shell’s six percent share was based on the trial court’s estimates of the total volume of D-D spilled during delivery relative to the total volume of D-D spilled during the years of B&B’s operations.

The Ninth Circuit agreed that both Shell and the Railroads were liable as PRPs but reversed the district court’s apportionment of damages, ruling that both parties were jointly and severally liable for the entire cleanup cost. The appeals court ruled that the contamination at the site was conceptually capable of apportionment but held that the defendants – both of whom took a “scorched earth, all or nothing approach” to liability – had failed to meet their burden of proving divisibility. Moreover, in the absence of “adequate records,” the district court’s apportionment improperly assumed equal contamination from all chemicals, constant rates of contamination over time and leakage of chemicals from each parcel proportionate to their size.

The Court accepted the lower courts’ determination that the harm was theoretically capable of apportionment but disagreed with the Ninth Circuit’s rejection of apportionment because of the lack of sufficient data. Despite the lack of specific records, the facts reasonably supported apportionment. Given the district court’s detailed findings that the primary pollution was in the portion of the site most distant from the Railroads’ parcel and that spills on the Railroad parcel contributed to no more than 10 percent of the total contamination, some of which did not require remediation, it was reasonable to use the size of the leased property and the duration of the lease as a basis for apportionment. Even the decision to reduce the Railroads’ share by one-third based on an assumption that all three chemicals caused equal amounts of contamination, which had less support in the record, was offset by the addition of a 50 percent margin of error. Id. at 1882-83.

The Supreme Court reversed the Ninth Circuit’s decision to reject apportionment and both lower courts’ rulings that Shell was liable as an arranger. Justice Stevens, writing for the 8-1 majority, began with the text of CERCLA itself, which does not expressly provide for joint and several liability. Rather, Congress intended the scope of liability to be determined from “traditional and evolving principles of common law.” Burlington, 129 S. Ct. at 1881. Under the Restatement (Second) of Torts § 433A, which guides the analysis of divisibility of harm under CERCLA, apportionment is proper when there is “a reasonable basis” for determining the contribution of each cause to a single harm. Where multiple PRPs are sued for a single harm, it is the defendants’ burden to establish a reasonable basis for apportionment. When there is no reasonable basis for apportionment, courts should not arbitrarily apportion damages but instead should impose joint and several liability. Id.

Shell, moreover, was absolved of any liability. CERCLA § 107(a)(3) imposes liability on anyone “who by contract, agreement, or otherwise arranged for disposal or treatment . . . of hazardous substances.” The plain meaning of “arranged,” which is not defined in the statute, implies “action directed toward a specific purpose.” To qualify as an arranger, an entity must take intentional steps to dispose of hazardous substances. While the question of arranger liability is fact-intensive, and although a party’s knowledge that spills of its product will occur, in some instances, may be evidence of intent, mere knowledge that a hazardous chemical will spill, without more, is insufficient to impose liability. The evidence showed that Shell did not intend for spills to occur. In fact, Shell took steps to prevent spills. Consequently, Shell was not liable as an arranger. Id. at 1878-80.

The Impact of Burlington

Burlington will no doubt embolden PRPs who believe they can limit their CERCLA liability by establishing a reasonable basis for apportionment. Such parties may feel less incentive to settle government claims and may prefer to litigate. Though many PRPs will still choose negotiation over litigation, those parties who can demonstrate a reasonable basis for apportionment will have greater leverage with the government in settlement discussions. Burlington is an especially welcome decision for manufacturers of hazardous products, who will be more inclined to challenge assertions of “arranger” liability now that CERCLA plaintiffs must prove intent to dispose.

PRPs who choose litigation over settlement should keep in mind several lessons. First, as the Court reminded, it is the defendant’s burden to establish a reasonable basis for allocation. Although the district court in Burlington took upon itself the “heroic” task of calculating apportionment when the parties failed to put forward their own theories of divisibility, PRPs should not assume that a trial court will trouble itself to find divisibility if they do not set forth their own theory. Indeed, Justice Ginsburg’s dissent questioned whether the trial judge acted appropriately in doing so. Burlington, 129 S. Ct. at 1885-86 (Ginsburg, J., dissenting).

Second, PRPs must distinguish between apportionment of damages in a §107 cost recovery action, and equitable allocation in a § 113 contribution action. Avoidance of joint and several liability through apportionment is only appropriate where evidence supports the divisibility of harm. By contrast, in a contribution action, jointly and severally liable PRPs may seek to recover from each other using equitable considerations. See 129 S. Ct. at 1882 n.9. Defendants seeking to avoid joint and several liability by relying on equitable arguments that are not based on evidence of divisibility may find those arguments disregarded.

Third, experts will play a prominent role in apportionment litigation. Plaintiffs challenging divisibility are likely to argue that, due to factors such as relative toxicity, migratory potential, and synergistic capacity of hazardous substances, remediation costs would have been the same even if only a single PRP had caused contamination. PRPs should be prepared to offer expert testimony to rebut such arguments.

Fourth, PRPs should not take for granted that Burlington will allow them to avoid liability for “orphan” shares that are attributable to defunct or insolvent PRPs. Comment h to § 433A of the Restatement provides that a court may decline to apportion damages in “exceptional cases” resulting in injustice to the plaintiff, such as where “one of two tortfeasors is so hopelessly insolvent that the plaintiff will never be able to collect” that tortfeasor’s share. Though the district court did not believe that B&B’s insolvency was a reason to decline apportionment, other courts may take a different view.

Quite apart from litigation strategy, the narrowing of liability caused by the Court’s decision will mean fewer dollars available from PRPs to fund cleanups. That loss will undoubtedly add impetus to the new administration’s call to reinstate the Superfund tax.

While the full effect of the Burlington decision may not be felt for several years, it is immediately clear that long-held assumptions about CERCLA liability, litigation, and how cleanups are funded will need to be revisited.

Jason Jurkevich has over seventeen years of experience handling all facets of complex litigation on behalf of diverse clients such as Fortune 100 and other major corporations, closely-held businesses and individuals.

Mr. Jurkevich has handled a complex litigation practice in federal and state courts, with specialties in all facets of business and commercial disputes, including breach of contract, fraud and misrepresentation claims, and class actions. Mr. Jurkevich also has significant experience litigating insurance coverage, environmental and...