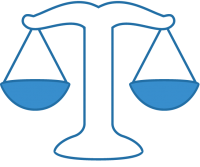 Why ADA Compliance Now Will Save Time and Money Down the Road: The More You Know

In assessing potential liabilities for gyms and fitness centers, it is important to consider the Americans with Disabilities Act (the “ADA”). The ADA is a Federal law aimed at protecting the rights of people with disabilities largely by eliminating obstacles that might limit their participation in society. While the ADA governs many areas of employers and workplace practices, it also promulgates standards for public accommodations.[1] Under Title III of the ADA, a public accommodation is defined as a private entity that owns, operates, leases, or leases to, a place of public accommodation.  Gyms and fitness centers are generally captured by this definition.  However, often to the surprise of ownership and management, many of these facilities are in fact not compliant with the ADA’s rules.  This article aims to outline some of the core ADA requirements of which all gym and fitness center owners and management should be aware.  It concludes by offering certain steps and considerations that gym and fitness center owners and management may take to ensure ADA compliance – a short-term cost that will prevent larger problems in the long-run.

Brief ADA History as Applied to Fitness Centers and Gyms

When the ADA was first passed in 1990, its relevance to gym equipment in public facilities such as fitness centers and gyms was not readily apparent. In 2004, the U.S. Architectural and Transportation Barriers Compliance Board published an advance notice of proposed rulemaking.  This notice solicited feedback from the public regarding issues that were not specifically addressed by the ADA.  As a result, another notice was published in 2008 which addressed a variety of topics including fitness equipment.  The notice provided very little if any substantive information - it merely stated that the existing ADA Standards contained no scoping or technical requirements relating to exercise facilities, while the Department maintained the ability to propose additional regulations to enhance the accessibility and usability of exercise equipment by individuals with disabilities.[2]

Most recently, on March 15, 2012, the ADA was once again updated to provide further distinctions on the scope of the law as applied to various facilities, including health and exercise facilities.  These changes are known as the ADA 2010 Standards for Accessible Design.  The most important change with respect to fitness facilities to come out of the this update is that all fitness facilities, whether or not they have aquatics, must be in compliance with the ADA 2010 Standards. Generally, however, the 2010 ADA Standards do not affect pre-existing facilities that are not performing any new construction or alterations. Pre-2010 facilities are considered to be in compliance if they meet the 1990 ADA standards, also referred to as the “safe harbor” exception. The exception to this general rule is that facilities must be in compliance with items in the 2010 ADA standards that were not included in the 1990 version of the ADA.  One such example is the restrictions in the 2010 ADA Standards regarding exercise equipment.

Considerations for Fitness Centers and Gyms

Taking steps today to ensure that your fitness center adheres to the rules of the ADA is an investment in your business and protection against future liability. Not all ADA requirements are equal, and some may come at considerable cost to the business.  There are many companies that work with fitness centers in connection with updating facilities to ensure ADA compliance.

Certain ADA requirements are universal across all public places, and should be implemented immediately by a gym to the extent they are lacking or inadequate. For example, parking lots are required to include handicap spaces which are larger in size, clearly marked, and positioned next to a path or sidewalk near the closest entrance or doorway.  The number of required handicap spaces is determined relative to the size of the lot and available parking.  Restrooms are also heavily regulated by the ADA.  Most restrooms and locker rooms are required to have at least one handicap accessible bathroom stall and sink.  A handicap shower also must be included in locker rooms.

A fundamental requirement for gyms and fitness centers is to remove existing barriers which may limit the accessibility of individuals with disabilities. The ADA states that exercise and gym equipment must have an accessible route by which someone in a wheelchair, for example, could still use the equipment. Regulations specify that an “accessible route” is considered to be a clear space at a minimum of 30” wide by 48” long, where a person with a physical disability could be positioned so that they may transfer to the equipment. [3]

An easy way to begin making changes is to phase the changes in with routine updates. When replacing equipment, gym owners should look to products that are certified compliant with the ADA.[4] Pools, however, present more narrow requirements in terms of satisfying the ADA.  If pool has less than 300 lineal feet of wall then the pool needs either a sloped entry or a lift that can be operated by a person with a disability.  If the pool has more than 300 lineal feet of wall then there needs to be at least two means of entry; these can include a sloped entry, a lift, transfer walls (in which a person can transfer from chair to wall and into pool), a transfer system (in which a person can transfer to a platform and then to a series of steps into the pool) and stairs.  If a pool only has one point-of-entry, the ADA mandates that there needs to be at least one accessible entrance which can be a sloped entry, a lift or a transfer system.[5]

It is important for fitness centers and gyms to understand that determining their status under ADA guidelines is relatively straightforward with the help of someone trained in ADA compliance.  Failure to comply with these requirements can be extremely expensive.  The Department of Justice can seek damages up to $55,000 for a first offense and up to $110,000 for each subsequent offense. In addition, many individual states allow individuals to directly sue businesses for discrimination outside of the Department of Justice.

Representatives from many companies provide complimentary evaluations.  Usually, sales consultants from these companies will travel to gyms and fitness centers and perform an on-site assessment. To the extent there is room for improvement, the consultant will suggest ways for an owner to bring his or her facility up to ADA standards. However, we advise checking with an independent resource before spending any money updating your gym – namely, your attorney.  While the sales representatives are helpful, always keep in mind that their end goal is to sell you on more equipment, not all of which may be necessary to meet the minimum required for ADA compliance.

Fitness centers and gyms can also take preliminary steps on their own to review their ADA compliance. The ADA provides self-assessment checklists for public spaces.[6]  Fitness centers and gyms can use these ADA tools in their facilities.  Performing an annual cross-check of existing equipment against what is offered on the market is another proactive way to stay on top of ADA compliance.

Emily Manns is co-author of this article.

[2] Nondiscrimination on the Basis of Disability by State and Local Governments and Places of Public Accommodation; Equipment and Furniture, RIN 1190-AA64, 28 CFR 35 and 36.

AARON WERNER provides strategic, business-oriented advice to high-growth companies and investors as they navigate legal and business challenges.  Aaron's strong base of market knowledge on deal terms and strategies for navigating difficult situations comes from a decade representing clients in their most critical moments, including mergers, acquisitions, joint ventures and venture capital financing transactions.

Aaron typically serves as outside general counsel to emerging companies in the technology, healthcare, media and entertainment, and...