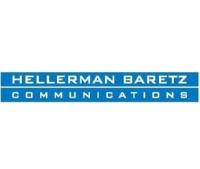 X-Ray Vision and the Law Firm

In August of 1978, outside the ABA convention in New York, an upstart journalist named Steve Brill could be found handing out free sample issues of an experimental publication. He had launched it on the hunch that there was an appetite for news about the clubby, closed-off world of attorneys and their law firms. The publication was called The American Lawyer magazine, and Brill’s hunch was dead on.

Last year, Brill related the story of The American Lawyer’s humble beginnings in an interview (http://www.youtube.com/watch?v=o_EHc_csX_o) with David Lat, the managing editor of the wildly popular legal gossip site Above the Law (http://abovethelaw.com/). Those two men stand as bookends on a three-decade period in which law firms have gone from faceless institutions distinguished only by variations in the grain on their embossed stationery to entities that, willingly or not, are now dissected, commented on, and analyzed from every possible angle. Brill and Lat have been the journalistic doctors, you could say, subjecting America’s law firms to an intense x-ray.

And while that x-ray procedure has been painful at times for many firms, like any good medicine, it also helps them stay healthy.

The American Lawyer and Above the Law are hardly the only forces behind the trend towards transparency over the last 30 years. During that same period, the number of partners moving from one firm to another has increased precipitously, reaching a record 2,775 moves (http://www.law.com/jsp/article.jsp?id=1202441786983) in 2009. The lateral phenomenon has intensified partners’ interest in the law firm next door, particularly in the revenue and profit-per-partner figures that have become a staple of the annual AmLaw 100 rankings.

Associates have played a major role in the drive to transparency as well. In the early 2000s, as competition for talent from dot-coms drove salaries skyward, associates flocked to online forums like the infamous “Greedy Associates” (http://dir.groups.yahoo.com/group/greedyassociates2/?v=1&t=directory&ch=web&pub=groups&sec=dir&slk=1) board on Yahoo! to share information about law firm salary hikes.  Meanwhile, the AutoAdmit (http://www.autoadmit.com/) forum emerged as a place for prospective law students to share knowledge (and offensive commentary) about law schools and firms.

AutoAdmit and Greedy Associates were progenitors of today’s social networks, which encourage the commenting and sharing of information about firms at a level of detail unfathomable just 15 years ago. Nowhere, perhaps, is that information exchanged more vigorously than on Above the Law (http://abovethelaw.com/), which marries intelligent reporting with a spirited (if less reliable) flow of information among its commenters.

As law firm advisor Frank Kimball stated at last month’s NALP conference, speaking of today’s free exchange of information: “[Younger associates] are more willing to give a voice to their concerns. People were afraid to talk about that 25 years ago. . . . Our good friend David Lat turned on the fire hose.” (http://abovethelaw.com/2010/04/nalp-2010-new-litigators-be-warned/)

However we got here, it’s clear that we have traveled very far, very quickly, from 1978. As communications pros know, law firms will never again be simply names on a door. All firms of any size will be analyzed extensively and publicly today—whether by traditional media, legal blogs, or by their own attorneys and clients commenting in public forums.

While nostalgia for a time gone past is understandable, today’s level of transparency is hardly a bad thing. In fact, for today’s communications professional, it can be quite a positive development.

For one thing, it raises the profile of the communications function within a law firm. All but the most cloistered lawyers are aware of the importance of maintaining a positive public reputation in today’s potent media environment. As the holder of the keys to that public reputation, the communications professional should gain in stature within the law firm structure and get a seat at discussions involving matters that have potential to affect the firm’s image.

More importantly, increased transparency is a powerful tool for communicators to use to influence their firms to avoid irresponsible decisions. Twenty years ago, partners would tell associates not to put anything in a memo if they wouldn’t be comfortable seeing it printed on the front page of The New York Times. The chances of that happening were extremely low—it was more of a mental parlor trick of dubious effectiveness. Today, the threat of an embarrassing or improper email ending up in public is very strong indeed. It might not show on the front page of The New York Times, but you can bet it will find its way to Above the Law (as this recent case demonstrates all too well). (http://abovethelaw.com/2010/05/the-harvard-email-controversy-how-it-all-began/)

The fear of a decision being perceived poorly is a powerful reason to avoid it—and a strong tool in the hands of a communications professional. When facing a hot-button issue such as layoffs, conflicts of interest, or a difficult partnership departure, the communications professional can give the firm important perspective on how a contemplated course of action will be covered. In doing so, the communicator has reached far beyond a reactive role to one in which he or she is shaping significant firm decisions and policy for the better.

Thirty-five years ago, it would have been a much different story.  That’s before a reporter stood outside the ABA convention in New York and changed everything.

How Criminal Defense Attorneys Can Benefit from Adopting a Law Firm CRM
By
Sarah Bottorff
Content Management & Technical SEO with John McDougall [PODCAST]
By
Rachel Popa
6 Best Marketing Tools for Law Firms (And How a Cat Filter Made One Lawyer Famous Overnight)
By
Sarah Bottorff
Your Marketing Budget Will Disappear Dec 31. So Spend It!
By
Ross Fishman
Advertisement

John is a visionary thinker and thought leader specializing in content strategy, crisis and litigation communications, and social influencer relations. He has been called a “Superstar,” “PR whiz,” and “top media relations pro” by PR News, Law Practice Management, and PRWeek magazines.