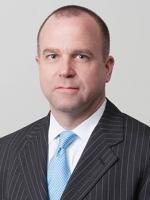 Adrian also previously held other significant positions in state government. In February 2005, he was appointed to Pennsylvania Governor Edward G. Rendell's Cabinet, serving as Director of the Pennsylvania Emergency Management Agency. In this position, he oversaw the development and administration of the Commonwealth's comprehensive all-hazards disaster mitigation, preparedness, response, and recovery programs.

During the years 2003 and 2004, Adrian served as Deputy Chief of Staff to Governor Rendell. In this position, he oversaw the Commonwealth's public safety and homeland security functions with respect to both operations and policy, and functioned as the Governor's chief adviser in critical situations involving: (i) elevation of the national terrorist threat level, (ii) natural and manmade disasters, (iii) state of emergency declarations, (iv) the deployment of the National Guard and State Police assets to critical infrastructure sites (e.g. nuclear power plants), and (v) public safety generally. He also served as the Governor's day-to-day and emergency point of contact for Pennsylvania's State Police, Office of Homeland Security, State Fire Commissioner, Department of Military and Veterans Affairs (including the Pennsylvania National Guard), Department of Corrections, and Board of Probation and Parole.

Adrian also served as the Governor's liaison to the Departments of Banking and State, as well as the Pennsylvania Gaming Control Board (PGCB) and the Pennsylvania Department of Revenue, with whom he worked closely on the implementation of expanded gaming in the Commonwealth. He also coordinated the Governor's response to the Department of Defense's BRAC 2005 process, including oversight and management of the Rendell v. Rumsfeld litigation.