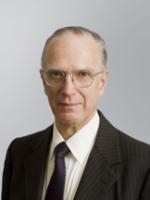 Arnie Jacobs has a broad background in general corporate and securities law with an emphasis on private and public offerings, mergers and acquisitions, and corporate governance.

He has been listed for many years in Best Lawyers in America, New York's Top Lawyers, Global Counsel 3000, Who's Who in America, Who's Who in the East, and Who's Who in American Law. He was called "one of the deans of securities law" by Crain's New York Business. He was one of eight New York mergers and acquisitions/securities lawyers profiled in the July 2004 Corporate Counsel. He also was nationally ranked in Chambers USA 2008-2011, and cited as one of the 31 "Most Valued Players" in the United States in client service by BTI Consulting Group, the premier rating agency for client satisfaction, for 2008 and 2009. Arnie was the subject of the first New York Super Lawyers “Brilliant Careers” question and answer page in September 2008. The book 2009 Legal (US) 500 listed him as one of 12 “Leading Lawyers” for large M&A deals.

While he was Chairman of the Committee on Securities Regulation of the New York City Bar Association, he testified on securities legislation before committees of the U.S. House of Representatives and the U.S. Senate.

Arnie is the author of 25 books and numerous articles on various aspects of securities and corporate law, which have been cited by the U.S. Supreme Court a number of times (most recently in 2011), as well as in hundreds of other cases and authorities. As a result of one of those articles, he holds the world's record for the law review article with the most footnotes (4,824 to be exact).