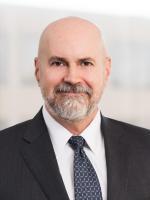 Jack has a wealth of litigation experience, including acting as lead counsel in over 30 jury trials and hundreds of criminal, civil, administrative and arbitration hearings, as well as presenting oral arguments on eight appeals before the Federal and District of Columbia Courts of Appeals.

As a criminal defense lawyer, Jack represents companies and employees in closely regulated industries under investigation or indictment for criminal offenses arising from regulatory violations. He has represented clients before federal and state grand juries and in criminal proceedings in federal and state courts. His experience includes defending companies and employees accused of crimes under the False Claims Act, the False Statements Act and the Foreign Corrupt Practices Act, as well as export control, import, bribery, gratuities, conflict of interest and federal election laws.

Jack has litigated contract and fraud cases against the government, prime contractors and subcontractors before the Board of Contract Appeals, the United States Court of Federal Claims, and federal and state courts, as well as in arbitration proceedings. He has represented contractors protesting and defending the award of contracts before the Court of Federal Claims, the Government Accountability Office, federal agencies and state forums, and has also represented clients in suspension and debarment proceedings brought by federal and state agencies.

Jack serves as an Associate Editor of the American Bar Association’s Public Contract Law Journal and is the author of “Legal Forum,” a monthly column in Contract Management magazine, a publication of the National Contract Management Association (NCMA). Jack also serves as General Counsel and an ex officio board member to NCMA. Jack is also an adjunct professor at the Catholic University of America, where he teaches “Legal Aspects of Government Contracting” in the university’s Federal Acquisition and Contract Management master’s degree program.