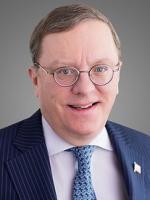 Lawrence A. Larose is a partner in the Finance and Bankruptcy Practice Group in the firm's New York office.

Lawrence represents major creditors in literally every major municipal restructuring in recent memory, both in and out of court, including the Chapter 9 cases of Detroit, Michigan and Jefferson County, Alabama, the two largest municipal bankruptcies in US history. He also represented the City of San Juan, Puerto Rico, contesting the Government Development Bank for Puerto Rico restructuring proposals and currently advises groups of hedge funds investing in municipal securities issued by Puerto Rico, COFINA or other instrumentalities.

In addition to his prominent municipal restructuring practice, Lawrence represents corporate clients in sophisticated in-court and out-of-court restructurings, including mergers and acquisitions and other financial transactions. Much of his experience involves counselling major financial institutions, including investment banks, commercial banks, financial guarantors and insurance companies.

Lawrence has written extensively on the unique legal issues faced in municipal restructurings, including unique issues under Chapter 9 of the Bankruptcy Code, and is a frequent commentator in the press on these issues.

From 2013 through 2018 The Legal 500 named Lawrence as one of the nation's "Leading Lawyers" in the municipal bankruptcy area and rated his team as "Tier 1." In 2018, he was inducted into The Legal 500 Hall of Fame for being consistently recognized as "an elite leading lawyer" by clients and peers.

Articles in the National Law Review database by Lawrence A. Larose