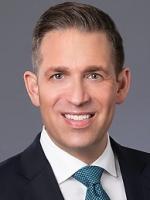 Leif is a leading entertainment lawyer for all business transactions related to television, digital and feature films. In 2020, he was named a Top Entertainment Attorney by both Variety's Legal Impact and Dealmakers Impact Reports, and a Legal 500 US Recommended Lawyer for Media, Technology and Telecoms – Media and Entertainment: Transactional. He has a strong focus in all commercial and legal aspects of film finance, development, production and distribution, plus an expertise in “prestige” scripted TV and streamed programming. Having previously worked in corporate M&A, as a talent attorney, and in-house at Fremantle, Leif is a "go-to" outside general counsel and business affairs lawyer who provides 360° advice. Film studios newly entering the television marketplace or TV companies now making motion pictures hire Leif to advise them on new content areas, particularly as the industry moves towards hybridization. Leif adds value to his clients’ businesses by providing them with commercial dealmaking prowess, business operations advice, risk management in a complex world, leveraging of his industry relationships, and general market strategy.

Some of Leif’s major clients are ViacomCBS, including Showtime, Paramount Network, and Nickelodeon; his longstanding client Fremantle; 101 Studios for which he is outside head of business and legal affairs; and other prominent mini-majors like CAA-backed wiip, eOne, Roadside Attractions, Media Res, Escape Artists, Participant Media, Sister, Black Bear Pictures and the Emmy Award-nominated producers of Tiger King.