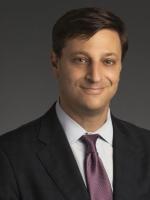 Paul is a Partner in Wiggin and Dana’s Litigation Department in the New Haven and New York offices. Paul is a skilled litigator and former federal prosecutor. His practice focuses on representing and advising corporations, boards, board members, and executives regarding internal investigations, regulatory compliance, criminal defense, and related civil and administrative matters. Paul also litigates complex civil matters.

Immediately before joining Wiggin and Dana, Paul served for over a decade as an Assistant United States Attorney in the Eastern District of New York, including as co-director of the office’s FIFA Task Force, and as deputy chief and acting chief of the Public Integrity section. In those roles, Paul supervised teams of more than a dozen federal prosecutors and investigators from the Public Integrity, Business and Securities Fraud, and Asset Forfeiture sections of the U.S. Attorney’s Office, as well as from the Criminal Division of the Justice Department in Washington. Also in those roles, Paul served as liaison with the Eastern District’s anti-corruption law enforcement partners, including the Federal Bureau of Investigation, and Internal Revenue Service Criminal Investigations, as well as foreign law enforcement bodies, including the Swiss Office of the Attorney General.

During his tenure in the U.S. Attorney’s office, Paul led and supervised numerous complex investigations and prosecutions, including various types of fraud, corruption, racketeering, campaign finance offenses, obstruction of justice, and tax crimes. Targets of these prosecutions included a member of Congress and multiple members of the New York state legislature. As part of the Department of Justice’s investigation of corruption in FIFA, the governing body of international soccer, Paul also prosecuted and convicted numerous soccer officials and sports marketing executives from around the world for their receipt of millions of dollars in bribes. For his work on the FIFA case, Paul was recognized by the Department of Justice with the Attorney General’s award. Paul has tried seven cases to jury verdict, including the conviction of the leader of the New York State Senate, and wrote and argued numerous motions and appeals before the district court and the Second Circuit.

Before serving in the U.S. Attorney’s Office, Paul was a law clerk to the Honorable Nicholas G. Garaufis of the Eastern District of New York and worked as a litigation associate in the Boston and New York City offices of Mintz Levin. Between college and law school Paul worked in the White House, where he served in President Clinton’s speechwriting office and in Vice President Gore’s Chief of Staff’s Office.

Articles in the National Law Review database by Paul A. Tuchmann