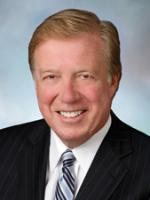 Peter has published numerous articles and lectured extensively on trial practice, antitrust, electronic discovery and the use of multimedia in the effective presentation of evidence at trial. He has been recognized as a leading antitrust, intellectual property and business litigation lawyer in Washington, DC by Super Lawyers magazine (2017-2019).