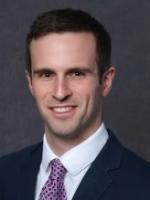 William has represented both individual and corporate clients in all facets of immigration law.  William has appeared on behalf of clients in deportation proceedings before immigration courts throughout the country, including in New York, New Jersey, Pennsylvania, and Virginia.  William has represented numerous clients before both the U.S. Citizenship & Immigration Services and Board of Immigration Appeals, and conducted oral arguments before the Second Circuit Court of Appeals.  William has completed and advised on a host of permanent residence visas, including green cards for family members of United States Citizens (both consular processing applications and adjustments of status within the United States), and EB-1, EB-2, EB-3, and EB-5 visas for business managers, executives, other professionals, and investors (including PERM labor certifications, when needed), as well as a wide range of temporary visas, including B1/B2 visas for visitors and tourists, F visas for international students, K visas for fiancé(e)s of United States Citizens, L visas for both international corporations and their executives and managers, U visas for victims of domestic violence and other serious crimes, TN Visas for professionals from Canada and Mexico, applications for asylum, applications for cancellation of removal from the United States for both permanent and nonpermanent residents, and many more.  William represents clients at all stages of proceedings before the immigration court, including obtaining bail for detained individuals and applying for relief from deportation, as well as petitions and applications before the Departments of State and Homeland Security.  William has represented clients from six continents spanning the entire globe, including: Mexico, Canada, and El Salvador; Brazil, Colombia, and Argentina; France, Germany, and the United Kingdom; Senegal, Egypt, and Ghana; China, Japan, and the Philippines; and Australia.

William is also active in his community on immigration matters, helping to write a town ordinance protecting immigrants from discrimination.  William has also advised education professionals on how to help ensure that immigrant students feel safe in school.

Prior to that, in law school, William was selected to join his school’s prestigious Moot Court Honor Society.  As a part of Moot Court, he earned the Joseph T. Tinnelly Best Brief Award for his year, and was twice chosen to argue in the Philip C. Jessup International Moot Court Competition, the largest and most respected moot court competition in the world.  While an undergraduate student, William worked for the Claremont Courier, a Los Angeles-area newspaper, where he covered numerous areas as a journalist, including U.S. Congressional campaigns, immigration in Southern California, healthcare and abortion rights, and more.  He also interned for a New York labor and employment law firm and worked as a public relations representative for the Harlem Children’s Society, promoting a New York-based organization that helped bright children from underprivileged backgrounds and communities pursue college degrees and careers in math and science.

The National Law Review selected William C. Menard of Norris McLaughlin as a Go-To Thought Leader for 2021 for his coverage of Immigration and Deportation News. Specifically, readers turn to Mr. Menard’s Immigration Weekly Round-Up articles for the latest updates, which cover a wide range of topics including legislative updates from Congress, spousal visas, border reopenings, visa fees, and more. Mr. Menard’s comprehensive coverage of immigration news makes him a go-to source for the latest updates in this complicated and evolving field of law.