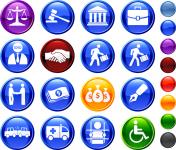 Insurance coverage attorneys can easily cite dozens of cases that state that the interpretation of an insurance contract is a question of law and that whether there is coverage based on the application of facts to policy language is a question of law. We can cite as many cases that discuss burdens of proving coverage or lack of coverage under different parts of a policy. While a burden of proof makes sense where facts are disputed--the burden thus being to prove a fact which would show or negate coverage--many decisions cite burdens of proof where facts are undisputed--and therefore coverage should be a question of law.

The confusion tends to result from sloppy drafting--or thinking--by judges, but it is repeated so often that clear analysis has become virtually impossible.

The issue was brought to my mind by a recent Superior Court decision by Judge Fremont Smith. Cambridge Mut. Fire Ins. Co. v. Kiely, 2009 WL 4894491 (Mass. Super.) went to trial over whether the son-in-law of owners of a homeowners policy was a resident of their household, and therefore covered by the policy.

Judge Fremont-Smith declined to decide the issue as a matter of law, because the Supreme Judicial Court has held that whether a person is a "member of a household" of an insured is "a complex decision requiring a case-by-case analysis and a balancing of all relevant factors."