In May, Hart-Scott-Rodino (HSR) filings reached a new monthly high for 2021 with 326 filings. This surpassed the previous monthly high for the year of 323 filings in March 2021. In April and May alone there were 592 filings, signalling that there will likely be no slowing down for mergers and acquisitions following a busy first quarter.

These filings may soon carry significantly higher filing fees, as the US Senate passed the Merger Filing Fee Modernization Act of 2021 on June 6, 2021. The bill amends 15 U.S.C. § 18(a) and significantly increases filing fees for high-value mergers. The largest fee increase being for mergers of $5 billion or more, where the fee will increase from $280,000 to $2,250,000. The US House has introduced a similar version of the bill.

On June 11, 2021, the US House introduced five antitrust reform bills. One such bill, the Platform Competition and Opportunity Act, would preclude any digital platform company from merging with or acquiring a company that competes in any overlapping service or product with the digital platform.

The bill explicitly exempts acquisitions where the target does not constitute a nascent or potential competitor to the covered platform. The bill appears to be a direct response to the government’s concerns about alleged harm to competition following prior approval of nascent competitor acquisitions, particularly in Big Tech.

On June 23, 2021, this bill was approved by the US House Judiciary Committee with a 24-to-17 vote and now faces a floor vote by the entire US House.

On June 15, 2021, Lina Khan was confirmed by the US Senate as an FTC Commissioner. In an unexpected move, she was also immediately appointed as FTC Chair, becoming the youngest Chair in the Commission’s history. Khan’s appointment likely signals increased scrutiny of mergers and acquisitions and expanded FTC enforcement for deals involving non-traditional theories of harm.

Khan has advocated for blocking mergers as a way to protect labor markets from lower compensation and workforce reductions. On July 1, 2021, Khan and the new Democratic majority of commissioners voted 3-to-2 to revoke the 2015 Policy Statement providing that the Commission would adhere to the consumer welfare standard in determining which cases to pursue. Revoking this statement is the first step in expanding the scope of FTC’s powers pursuant to Section 5 of the FTC Act. Khan has also been an outspoken critic of behavioral remedies and may have an increased willingness to litigate against merging parties.

Under Khan, the FTC also recently voted to repeal a long-standing policy that had eliminated “prior approval” obligations for future transactions in FTC consent orders. The FTC appears poised to insist on such provisions in future merger settlements, providing it with significantly greater authority to review and block future transactions of companies subject to these settlements. Parties should take this change into account when negotiating antitrust risk provisions in transaction agreements going forward.

On July 20, 2021, President Biden nominated Jonathan Kanter to serve as Assistant Attorney General for the DOJ’s Antitrust Division. Like Khan, Kanter is an outspoken critic of Big Tech, having represented complainants before antitrust enforcers against many prominent technology companies. Kanter has yet to be confirmed by the US Senate.

Khan and Kanter may soon have additional resources at their disposal, as the Merger Filing Fee Modernization Act of 2021 would increase the budgets of the FTC and DOJ to $252 million and $418 million, respectively. Additionally, the White House has asked Congress to increase the respective budgets of the FTC’s Bureau of Competition and the DOJ’s Antitrust Division by about 17% and 6% for the next fiscal year. The FTC has indicated it plans to use the increased funding, if approved, to expand its full-time staff and hire outside economic experts.

On June 1, 2021, the DOJ announced that Zen-Noh Grain Corp. must divest nine grain elevators across nine geographic markets in order to consummate its proposed $300 million acquisition of 48 grain elevators from Bunge North America.

Zen-Noh Grain Corp. is the US subsidiary of the National Federation of Agriculture Cooperative Associations of Japan and trades in corn, soybeans, sorghum, wheat and by-products. Bunge North America is engaged in grain origination, grain processing and grain trading.

This DOJ challenge aligns with the Biden administration’s pledge to address market concentration in “Big Ag.” Tim Wu, a member of the National Economic Council, had previously called for a retrospective investigation into whether the DOJ was right in its decision to approve agriculture mergers that had consolidated the industry in the mid-2000s. This action by the DOJ could serve as a bellwether for future regulatory action in the agriculture industry.

Illumina is a US-based global genomics company and a leading supplier of next-generation sequencing systems for genetic and genomic analysis. GRAIL is also a US-based company and develops cancer detection tests relying on next-generation sequencing systems. The proposed acquisition did not reach the EU notification thresholds and was not notifiable in any Member State.

On April 19, 2021, the Commission accepted the referral request on the basis that the combined entity could restrict access to, or increase prices of, next-generation sequencers and reagents to the detriment of GRAIL’s rivals active in genomic cancer tests. In particular, the Commission considered that a referral of the transaction was appropriate because GRAIL’s competitive significance is not reflected in its turnover despite the fact that the deal is valued at $7.1 billion.

At the European Competition Day, EU Competition Commissioner Margrethe Vestager stated that EU merger policy has not become less stringent vis-à-vis dealmakers, despite the fact that no deals have been vetoed for over two years. Ms. Vestager pointed to three mergers that were abandoned over the past two years after the Commission raised competition concerns. Most recently, Air Canada withdrew its proposed acquisition of Transat (see below, Notable European & UK Cases). During the first quarter of 2021, Fincantieri also abandoned its proposed acquisition of Chantiers de l’Atlantique, and in 2020, Johnson & Johnson withdrew its proposed takeover of TachoSil. Ms. Vestager’s comments are particularly meaningful in light of the growing global debate on the need for more effective merger control.

Ms. Vestager noted that the EU merger rules have not been relaxed in light of the COVID-19 pandemic. Especially with regard to the Air Canada’s abandoned acquisition of Transat, Ms. Vestager stated, “When applying merger control during severe shocks, we need to make sure that as companies emerge from the crisis, the competitive foundations are still there for the industry to take off again.”

Between April 7 and May 5, 2021, the CMA held a public consultation with a view to seeking views on its revised guidance on interim measures, i.e., measures taken by the CMA to prevent or unwind preemptive action in merger cases, and its revised initial enforcement order template. The CMA noted that it has become increasingly aware of merging parties taking insufficient steps to ensure compliance with interim measures. Therefore, the aim of the draft revised guidance is to provide further clarification in relation to whom interim measures will apply.

The draft revised guidance reflects the CMA’s expectations on the steps that merging parties should take to ensure compliance with interim measures. In particular, “the merging parties should take a risk-based approach to the design and implementation of any steps taken to ensure compliance with interim measures.” In this regard, the CMA considers that the following steps are, as a minimum, likely to be necessary to ensure compliance: (i) tailored guidance and staff training; (ii) internal communications reiterating the importance of compliance; (iii) governance structures to oversee compliance; (iv) where appropriate, delegations of authority; and (v) ongoing oversight and reporting mechanisms.

With respect to dynamic and fast-paced markets, the competition authorities stress that anticompetitive mergers in these markets can cause significant harm, given the increased importance of products and services in this area and the aggregation of data over time across various services. According to the competition authorities, technology markets can be highly concentrated with high barriers to entry due to network effects, allegedly resulting in market power for many years.

The competition authorities also note that structural remedies should be favored over behavioral remedies. According to the authorities, behavioral remedies have many disadvantages: they can create continuing economic links and dependencies unlikely to recreate the intensity of premerger competition on the market; raise risks of circumvention; become outdated in light of changed market conditions; distort the natural development of the market; and are more burdensome because of the need for post-merger monitoring. On the other hand, structural remedies are more likely to preserve competition and lead to an optimal solution for stakeholders and are therefore, according to the competition authorities, in the best interests of consumers.

The CMA’s Non-Executive Director and Chair, Jonathan Scott, recently stated that the CMA is working on revised guidance on financial penalties in merger cases.

Scott noted that the CMA’s current fining powers are insufficient and need to be strengthened to ensure compliance. For example, in a recent case, the CMA fined an acquirer £55,000 for failing to provide information in a timely manner during a merger investigation. The Commission, on the other hand, was able to impose a fine of €110 million on Facebook for providing incorrect or misleading information during the investigation of its acquisition of WhatsApp. According to Mr. Scott, this example shows that the CMA’s fining powers need to be bolstered.

It is expected that the CMA will launch a public consultation on the revised guidance on financial penalties in Q3 2021. 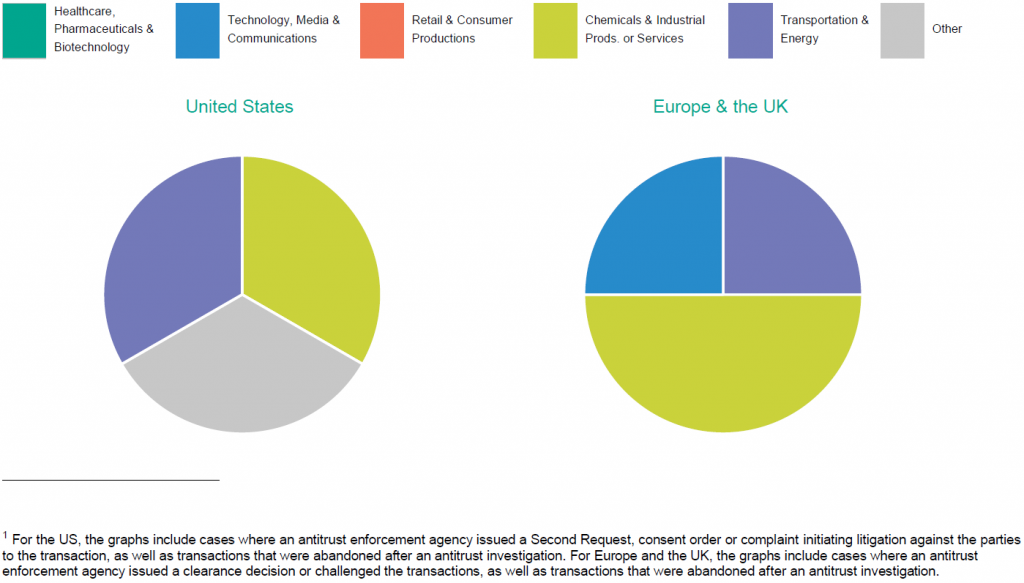 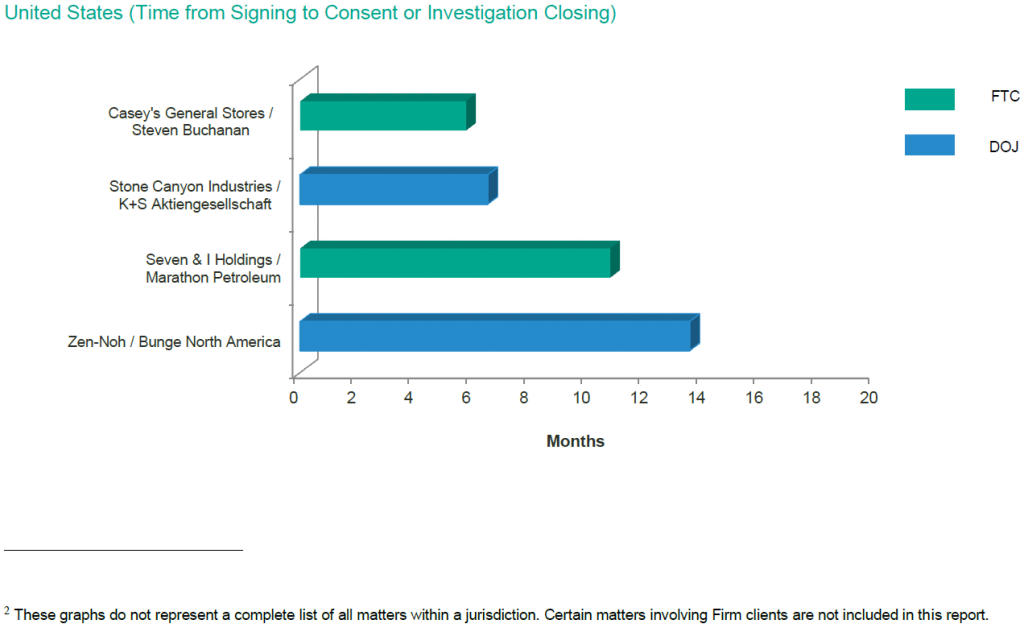 She assists clients on various aspects of European and Belgian competition law. In particular, she focuses on anti-competitive agreements, abuse of dominance, merger control and state aid. Furthermore, she has experience with litigation, dawn raids and investigations by the Belgian Competition Authority.