Asheville, North Carolina Gets "In" On It: Innovation Districts and the Return of the Suburban Worker

We blogged last week about an innovation district coming to Durham, North Carolina, to be affectionately called "Durham ID".

Asheville, North Carolina, is poised to designate three innovation districts of its own in the downtown area -- River Arts, South Slope, Charlotte Street -- with the goals of increasing the City's tax base while bringing quality-of-life improvements to residents.

Innovation districts are becoming an urban rage.  Innovation Districts are defined by some, including the Brookings Institute, as "geographic areas where leading-edge anchor institutions and companies cluster and connect with start-ups, business incubators and accelerators [to create] physically compact, transit-accessible and technically wired [urban areas offering] mixed-use housing, office and retail".  Think of these as infill versions of the 1980s office park.  In fact, Brookings makes specific reference to "the transformation of traditional exurban science parks like Research Triangle Park in Raleigh-Durham", which Brookings contends is "scrambling to keep pace with the preference of their workers and firms for more urbanized, vibrant environments." 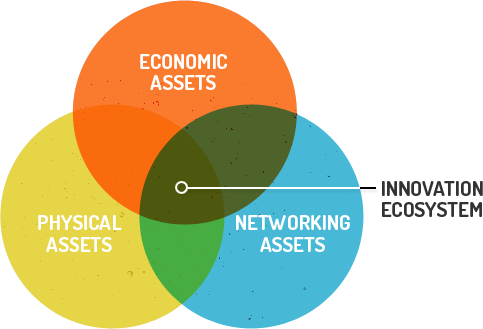 Municipal "buy-in" is critical for the development of such innovation districts, of course, where underutilized areas (particularly older industrial areas) are being re-imagined and remade.  Also, this "urban movement" of the educated workforce -- the "great inversion" -- is not without its challenges.  For example, Richard Florida reports in The Atlantic Citylab that people (and, most notably, "high-income people") are returning to downtowns to live and to work, hence the allure of the innovation district, however those people are bringing with them "their preferences for and abilities to purchase larger home or condos and private cars."  In other words, the creative class is reurbanizing but holds tightly to the habits developed by a suburban upbringing.

We are excited to see such public-private collaboration as is evidenced by the rise in the innovation district.  But, as always, careful and open planning among landowner, neighbor and government will be critical to success.