What is the object of filing something with a court? Why do we do it?

The object is to persuade the recipient to do something for you or to give you what you ask. So most of us exercise care to put our requests in a form that improves (or at least does not lower) the chances that we will get what we want.

But if the answer seems obvious, we lawyers just as obviously forget it. How else can we explain lawyers who file bile and personal attacks on judges presiding over their cases.

After the jump, an example of spleen venting being held to the Dale Carnegie standard.

I was reading the ABA Journal today and came across this account of a bankruptcy lawyer sanctioned for an intemperate brief followed by a ham-handed attempt to make up with an ex parte gift of wine to the offended judge.

The Eleventh Circuit opinion was concerned with whether sanctions could be upheld.

But what interests me is why any lawyer would file something like that in the first place.

In your fourth published example of “Ready-Fire-Aim” against this attorney, it is obvious that you have not reviewed the record in this case which does not support the purported findings of fact. It is further quite obvious that you do not believe that the same respect mandated to be shown to you should also be shown to me. Your conclusion that [my client’s] attempt to exempt his commissions as the head of a household is not supported by law is belied by the language of the actual statute. Your conduct in this case [h]as been without citation to any authority for the propositions that: your jurisdiction is never ending and without geographic bounds; your unconditional releases are meaningless; and pronouncements of the United States Supreme Court are mere suggestions.
* * *
It is sad when a man of your intellectual ability cannot get it right when
your own record does not support your half-baked findings.

"Wow, I changed my mind and decided to rule in your favor now that you've made this case a personal vendetta and really insulted me," said no judge ever.

Whether those words are sanctionable or not is beside the point. Words like that NEVER work. Insulted people don't come 'round to your way of thinking. And arguments should never be personal. Instead. just like the Godfather, it's got to be "strictly business." 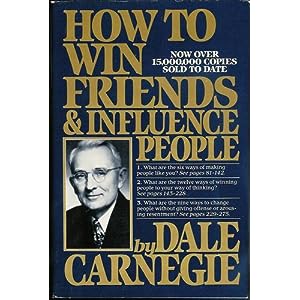 Rather than holding a brief up to the sanctions rules, hold it up to a standard fit for the purpose of a brief--influencing people. Ask yourself, "what would Dale Carnegie do?" (WWDCD???!)

According to Wikipedia (which means it has to be true), DC might offer this advice:

The very essence of being of an appellate lawyer is telling a court that it will have erred if it does not accept your argument. I do it every day. But encouraging a court not to commit error is a far cry from personally insulting it for not agreeing with you. The former tactic might just work. The latter never will. So why do it?

Kendall is a board certified civil appellate specialist who has represented clients in state and federal appellate courts such as the U.S. Supreme Court, the U.S. Courts of Appeal for the Fifth, Ninth, Tenth and Federal Circuits, the Supreme Court of Texas and many intermediate courts of appeal. His practice includes a variety of complex commercial, medical malpractice and toxic tort matters, as well as a particular focus in disputes involving employee benefits, managed care and ERISA. The disputes commonly require complex written and oral advocacy on such topics as ERISA preemption,...