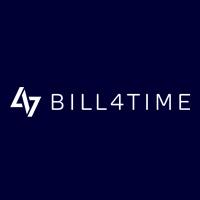 The Importance of Delegating Work as an Attorney

Delegating work as an attorney can be difficult. Attorneys take pride in their work and want to make sure it’s done right every time. This is especially true if they don’t have reliable systems to help support their team and keep their tasks organized. For instance, the Supreme Court of New Jersey admonished Andrew Rosenbloom because he missed discovery deadlines in four of the matters he handled. This isn’t the whole story.

Rosenbloom states that his employer “set him up to fail.” How does he know that? His employer assigned him to more than 100 cases, all at once. He represented The Great Atlantic and Pacific Tea Company (A&P), a regional supermarket operator.

Was this attorney set up to fail?

It certainly seems that way. To make matters worse, Rosenbloom was required to represent his client in approximately 75 matters in New Jersey and 41 in Pennsylvania. He struggled mightily to meet the demand but eventually fell short on four matters out of 116 matters.

That he was forced to juggle all at once, what’s more baffling is the fact that, according to the news story, “It wasn’t until almost a year later that the firm gave him a part-time assistant to help him.” As a result, Rosenbloom started taking anti-depressant/anxiety medication in March 2014 and experienced “marital difficulties,” the board said. This was clearly unsustainable.

Rosenbloom elaborated, explaining why he felt he was set up to fail.

If this is true, it seems he really was set up to fail. This story is an example of poor delegation. It would be simple and naive to assume the worst about any of the attorneys or firm in this story. We don’t know the full details of what happened.

Delegating work as an attorney starts with the right person

Many believe it’s the only step which is exactly why they neglect the “who.” Successful delegating work as an attorney requires that you, the delegator, identify the right associate for the job. Ask delegators if they have the right person for the job and you’re likely to get silence. It’s much easier to fob off work on any associate and demand that they get it done.

The right who can navigate a complex series of obstacles including:

The right whos (plural) consist of:

Sometimes these roles are spread between two people; sometimes, it’s spread between a small group of professionals. The task, your firm’s culture and financial constraints dictate the whos.

This is how you determine who you delegate work to in your law firm. These simple questions solve a variety of delegation issues. Simple is difficult when you don’t know that you should ask these questions.

Successful delegation is the key to growth

Attorneys are overworked. Most are only paid for 30 percent of their day. The issue? Most attorneys spend their days dealing with busywork, administrative tasks, business development, and document management challenges.

As we’ve seen, most attorneys aren’t taught how. Many are set up to fail from the very beginning. It’s no surprise then that many make serious mistakes that harm their careers and future earning potential.

These mistakes are unnecessary.

Successful delegation starts with what but it ends with who. Ask the right questions, find the right who and you’ll find delegation is simple, efficient, and successful.

Founded in 2006, Bill4Time’s cloud-based legal practice management software was created with the guidance of law and consulting firms. Now, Bill4Time is trusted by both small and large professional service firms to automate their daily tasks. Bill4Time has created simple to use, intuitive, and user-friendly software at a fraction of the cost of other legal practice management systems. With a strong focus on convenience, Bill4Time offers online access to your account and mobile apps anytime, anywhere. Bill4Time’s goal is to streamline the time tracking and billing aspect...