Nevada and D.C. Courts Give Priority of Position to HOA Assessment "Superliens" Over First Mortgages

In late August, the D.C. Court of Appeals rendered a decision in Chase Plaza Condominium Association, Inc. v. J.P. Morgan Chase Bank, N.A., CA-5826-10 (August 28, 2014) determining that a homeowner's association's (HOA's) statutory "super-priority" lien, or superlien, for unpaid assessments took priority of position over other liens, including a lender's mortgage lien. Read that again: not just priority of payment, but priority of position for these HOA assessment superliens.

>In jurisdictions (like D.C.) that have adopted these "superliens" -- there are some 20 jurisdictions, in varying definitions -- the HOA assessment superlien has priority over mortgages and deeds of trust, even if senior or preexisting, "to the extent of common expense assessments ... which would have become due in the absence of acceleration during the [six] months immediately preceding institution of an action to enforce the lien." D.C. Code 42-193.13(a)(2).

Last month, the Nevada Supreme Court followed suit and concluded in SFR Investments Pool 1, LLC v. U.S. Bank, N.A., No. 63078 (Sept. 18, 2014) that the Nevada HOA lien statute is based on the Uniform Common Interest Ownership Act of 1982 (along with at least seven other states: AK, CO, CT, DE, MN, VT and WV; NC is not such a state). To that extent, the Nevada Court concluded that a portion of an HOA assessment lien was superior in position -- position priority -- to a first deed of trust and rejected the lender's argument that the statute only afforded a payment priority to the HOA and its superlien.

>What is the actual impact?  Well, if the HOA forecloses its superlien, not only does it collect its debt, but it eliminates or "wipes away" the first mortgage or first deed of trust, as well as any other junior liens on the property.

What is the practical impact?  Lenders with first position are forced, in most cases, to pay off the HOA's assessment superlien in order to preserve the first position.  If not, and foreclosure is completed, the sale price can sometimes fall "at an amount equal to or slightly above the HOA dues in arrears", as reported by the Wall Street Journal.

The justification for these HOA superliens is quite simple: HOAs are critical to the preservation of the value of the community, and should wield significant authority to ensure that they receive the funds necessary to maintain the community and, so, real estate valuations.

The significance of that ruling for lenders, borrowers and HOAs cannot be understated in states granting these HOA superliens.  For HOAs, these cases cement the power they have to obtain payment for past due assessments.  For lenders, on the other hand, enforcement strategies must change and underwriting and loan documentation practices must evolve.

The lender in the Nevada case has petitioned the State Supreme Court for reconsideration; we can expect a move to the Supreme Court of the United States if that bid is unsuccessful.  The stakes are just too high, it seems. 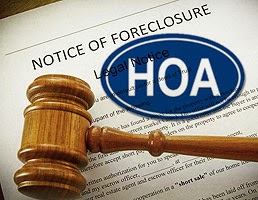