A quasi-judicial land use proceeding requires an impartial decisionmaker, like any courtroom proceeding.  State law does its best to spell out what constitutes an "impermissible violation[] of due process":

A member of any board exercising quasi-judicial functions pursuant to this Article shall not participate in or vote on any quasi-judicial matter in a manner that would violate affected persons' constitutional rights to an impartial decision maker. Impermissible violations of due process include, but are not limited to, a member having a fixed opinion prior to hearing the matter that is not susceptible to change, undisclosed ex parte communications, a close familial, business, or other associational relationship with an affected person, or a financial interest in the outcome of the matter. If an objection is raised to a member's participation and that member does not recuse himself or herself, the remaining members shall by majority vote rule on the objection.

The evidence here shows Councilman Schlesinger had both a fixed opinion not subject to change and a financial interest in the outcome of this proceeding. Councilman Schlesinger has participated in prior litigation opposing the truck stop as a sort of “named Plaintiff”, and he purchased an Internet domain (“Nosvltruckstop.com) devoted to opposing the truck stop and promulgated a message on this website in opposition to this development. This website even went so far as to say, “we are firmly against any action which may lead to the approval of a truckstop at the intersection of Old Mocksville Road and Highway 64.” He also testified in a prior hearing that he believed the value of his home would decline if the truck stop were developed on this site. Therefore, and to keep safe the Constitutional Due Process rights of these Applicants, this Court has no choice but to hold that the Statesville City Council rightfully recused Councilman Schlesinger and committed no error of law. This court further holds that, in addition to the implications of the listed reasons for recusal in § 160A- 388(e)(2), to permit Councilman Schlesinger to have heard and voted on this matter would have been akin to allowing a Judge who had previously expressed vocal, public opposition to a particular party to litigation – and participated in that litigation extensively – to later sit in judgment of that party in the same or any closely related litigation. Insofar as the N.C. Code of Judicial Conduct would prohibit similar behavior, and insofar as common sense would demonstrate that allowing Councilman Schlesinger to participate would have given a clear and distinct impression of impropriety, the City Council's vote to recuse him was valid and not erroneous. 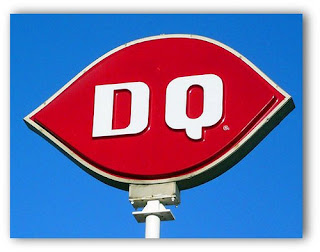