The accused product, referred to by Sarvint as a "Smart Shirt," is known as a Hexoskin Wearable Body Metrics Shirt.  Carré is based in Montreal and made “at least seven sales of allegedly infringing products to individuals in Georgia through its Internet website.”  P. 3.  Carré’s total sales to companies unaffiliated with Sarvint were four, totaling approximately $1,800 in revenue.  Images of the Hexoskin product from the Carré website appear below: 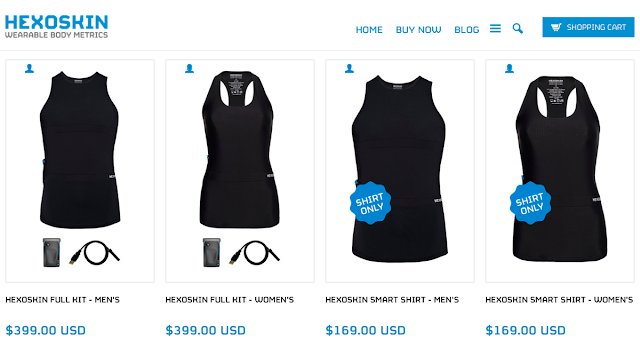 Carré’s motion to dismiss was filed on June 15, a little over two weeks prior to its denial.  The Court did note that the arguments relating to personal jurisdiction were “verbatim” reiterations of jurisdiction arguments made in opposition to an earlier filed motion for preliminary injunction.  Judge Batten rejected Sarvint’s argument that Carré had waived personal jurisdiction by participating in the adjudication of the motion for preliminary injunction or by waiting five months after the complaint was filed.  Although the Court said waiver of personal jurisdiction can be waived by substantial participation in the litigation, the circumstances of this case did not dictate the finding of a waiver.

The Court distinguished the line of authority relied upon by Sarvint on two grounds:  (1)  the Court had not yet ruled upon the preliminary injunction motion; and (2) Carré has not sought affirmative relief from the Court in any filing prior to raising the defense of lack of personal jurisdiction.

In applying the same test for personal jurisdiction as applied in the OMsignal case, the Court stated “[t]here can be no dispute . . . Carré falls within the ambit of the ‘transacts any business’ prong of Georgia’s long-arm statute.”  P. 9.  The Court next turned to the three-prong Federal Circuit test, citing Inamed v. Kuzmak, 249 F.3d 1356, 1360 (Fed. Cir. 2001).  Finding that once minimal contacts are established, “jurisdiction over a defendant is presumptively reasonable.”  P. 11.  Defendant must then present “a ‘compelling case’ as to why the exercise of jurisdiction would be unreasonable.”  Id., citing Burger King Corp. v. Rudzewicz, 471 U.S. 462, 476-77 (1985).  Carré made no attempt to meet that burden.  P. 14.

Carré met both the requirements of transacting business in Georgia related to the cause of action (specific jurisdiction) and the minimal contacts and fair play requirements by actually selling accused devices over the website into Georgia.

[i] Although not discussed in the Order, the last sentence denying the motion made reference to denial of transfer as well as dismissal.