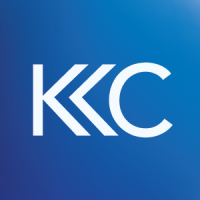 The Harvard Business Review recently published an article detailing lessons learned for companies to manage internal whistleblower complaints effectively. The research found that more whistleblowers, even those who were reporting secondhand or small amounts of information, led to effective whistleblower programs.

Professors from the University of Utah and George Washington University studied nearly two million internal whistleblower reports submitted to over one thousand publicly traded U.S. companies. The researchers provided descriptive statistics of the reports from the time filed to completion of their review.

Based on their research, the professors found three main conclusions:

Lesson one showed how companies with more whistleblower complaints ended up with fewer lawsuits, smaller bills from legal settlements, and ultimately greater success.

A company where employees feel safe reporting problems to their supervisors is a sign of an excellent corporate culture. If employees feel trusted and valued enough to share feedback to management regularly, the company will flourish with greater transparency and less structural intimidation and retaliation.

The second lesson revealed that secondhand reporting leads to more credible and valuable information because of less bias and emotion associated with the complaints.

The study found that while firsthand reports usually detailed minor, self-serving problems, secondhand reports uncovered major companywide problems. Secondhand whistleblower reports are often overlooked in the corporate world even though the complaints are more likely to lead to information that helps prevent litigation and government fines.

Another aspect of internal reporting often overlooked is complaints that contain only a few details about wrongdoing. The study found that these complaints can be particularly useful in further investigations. The researchers saw that many employees make complaints with scant details to see if they can trust the person to whom they are initially reporting. Once they find a supervisor they can trust, the whistleblower will reveal all of the information they have.

The ability to confidentially and anonymously blow the whistle is imperative to creating a corporate culture that is welcoming to whistleblowers. In the study, the professors cited 18 U.S.C. app. §8B2.1 Supp. IV 2004, which states, “The organization shall take reasonable steps to… have and publicize a system that may include mechanisms for reporting that allow for anonymity or confidentiality.”

The study also cites to Section 301 of the Sarbanes Oxley Act (SOX). This section requires company audit committees to “establish procedures for (a) the receipt, retention, and treatment of complaints received by the issuer regarding accounting, internal accounting controls, or auditing matters; and (b) the confidential, anonymous submission by employees of the issuer of concerns regarding questionable accounting or auditing matters.”

Read the article: Throw Out Your Assumptions About Whistleblowing

Read the report: Evidence on the Use and Efficacy of Internal Whistleblowing Systems