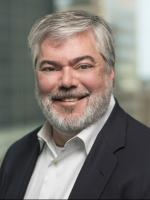 Alex Leath is a Partner at Bradley Arant's Birmingham office. Since 1987, his law practice has primarily focused on economic development, site selection and incentive negotiation. From the start of his career working as part of the team to recruit Mercedes-Benz to Alabama, Alex has had a significant role in projects of all scopes and sizes for companies including Airbus/EADS, Audi, Boeing, Booz|Allen|Hamilton, Canoo, Dollar General, Georgia-Pacific, Honda, Isuzu, Northrop Grumman, Ogihara, Qualitest, Raytheon, REHAU, Rockwool International, Tesla, Thyssenkrupp, Torch Technologies, Toyo Tire, Toyota, RxBenefits, VF Corporation, and Volkswagen. Alex has worked on projects in 33 states that have invested over $30 billion and created over 35,000 jobs.

Through his economic development practice, Alex and his team provide legal and consulting services during all phases of the site selection, incentive negotiation, and incentive implementation process. Alex assists with labor analysis, logistics analysis, cost modeling, tax structuring, real estate acquisition, environmental review, and a myriad of other issues that arise during the process of developing a project in North America.

Alex and his team strive to empower clients by lending their experience to all stages of project development. From the outset, they begin the process of identifying the location that is most profitable for the company. They routinely assist the client’s site selection team in every aspect related to a new project or expansion, including real estate, tax, governmental, planning and zoning, environmental, permitting, financing, labor and employment, and construction matters.

Articles in the National Law Review database by Alex B. Leath