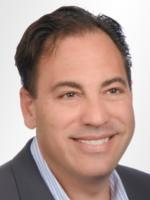 Allan S. Rubin is a principal in the Detroit, Michigan, office of Jackson Lewis P.C. He is a nationally renowned trial and appellate attorney whose nationwide practice focuses on wage and hour, class action, and employment litigation.

Allan currently serves as lead counsel on multiple class action matters, including class actions involving the retail and hospitality, medical, and call center industries involving wage and hour issues, RICO, and advertising issues. Allan regularly represents medical providers in employment, advertising, and litigation matters. In addition, Allan is employment counsel to a number of businesses in the retail, bar, and entertainment industries, and has previously served as both an independent and non-independent director of a publicly traded company involved in the bar and nightclub industry.

Allan has tried a significant number of cases throughout the United States and has frequently argued appellate matters before state and federal appellate courts. During the course of Allan's career, he has handled a wide variety of matters, including the defense of nationwide and state class actions, employment, and labor matters, including FLSA and state wage and hour claims, sexual harassment claims, complex trade secrets cases, defamation actions, commercial litigation, white collar criminal defense, corporate internal investigations, and constitutional law matters, amongst others.

Prior to joining Jackson Lewis, Allan was the managing partner of a Southfield, Michigan law firm and had previous been employed by a large Detroit based law firm.

He is a fellow in the Litigation Counsel of America, a trial lawyer honorary society composed of less than one half of one percent of American lawyers.

New Jersey BPU Releases Straw Proposal for Standalone Storage Incentive Program
By
Foley & Lardner LLP
United States: CFTC Orders 11 Banks to Pay Over $710 Million for Illegal Use of...
By
K&L Gates
Greener Pastures: Five Things to Consider When Leaving One Jurisdiction for Another
By
Katten
The Sacketts’ Second Day in the Nation’s Highest Court Is Over. What’s Next?
By
Mintz
Future Of Healthcare Fraud And Abuse Enforcement Is Data-Driven, Feds Say
By
Barnes & Thornburg LLP
New FDA Guidance Allows Companies to Continue Marketing Infant Formula Under an...
By
Keller and Heckman LLP
Advertisement