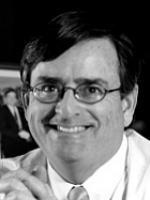 Mr. Zimmerman is a partner in the Corporate practice group in the firm's Beijing office.

Mr. Zimmerman has been involved with trade-related matters for 25 years and represents US companies in a broad range of industries with respect to their joint venture investments, manufacturing investments, liquidation and dissolution of investments, mergers and acquisitions activities, regulatory compliance, customs and trade matters, labor and employment, intellectual property rights enforcement and dispute resolution matters. In general, his day-to-day work involves helping businesses overcome the complexities of doing business in China, which oftentimes involves obtaining government approvals or seeking government support to enhance or modify current legal or regulatory provisions and practice.

Mr. Zimmerman is recognized as one of Asia’s leading business lawyers in the categories of Chinese Law, Dispute Resolution and General Corporate Law in theAsiaLaw Leading Lawyers Survey 2002, 2003, 2006, 2007, 2008 and 2009 (published by Euromoney Publications). He is listed in the 2006, 2007 and 2008 editions of The International Who's Who of Business Lawyers for Arbitration. In addition, he is listed as a Leading Individual in the category of Corporate/M&A for foreign law firms in China in the 2004 through 2009 editions of the AsiaPacific Legal 500: The Guide to Asia’s Commercial Law Firms. The AsiaPacific Legal 500 characterizes James as an “exemplary counselor,” and as having a “longstanding track record of taking leading investors into China.”

In addition to matters involving the People’s Republic of China, Mr. Zimmerman has significant trade and investment-related experience in a broad range of countries including throughout Asia and the Pacific Region (e.g., India, Malaysia, Japan, Korea, Taiwan, Hong Kong, the Philippines, Singapore, Vietnam, New Zealand and Australia), North, Central and Latin America (e.g., Canada, Mexico, Colombia and Brazil), the Middle East (e.g., Saudi Arabia and Israel) and the European Union.