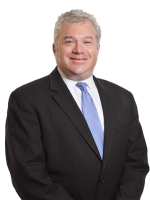 Jonathan represents a wide range of clients, including the third-largest hospital system in New York City, “Big Four” national accounting and advertising companies, the 700-member national trade association for the Broadway and live entertainment industry, and NYC’s leader in carpool ridesharing. He also advocates for a variety of nonprofits, including the largest provider of services for domestic violence victims in New York State; one of the leading homeless service providers in NYC; and the organization that created the first senior center in the nation dedicated to technology.

Jonathan’s practice extends to the hospitality field, where he advocates for clients ranging from local bars and eateries to large restaurant and hotel chains. He represents his clients’ interests on liquor licensing and related matters before community boards and city agencies, as well as New York State Liquor Authority hearing officers and commissioners.

Prior to joining Greenberg Traurig, Jonathan held a variety of governmental positions. He was elected to five terms in the New York State Assembly representing the East Side of Manhattan. In this role, he authored 85 bills that passed the Assembly, 35 of which were signed into law after also passing through the Senate. These laws included an act that expanded the statute of limitations for workers’ compensation claims made by September 11th rescue, recovery, and cleanup workers; New York’s no-fault divorce law; and the adoption of the UPMIFA statute that allowed cultural and higher education institutions more flexibility with their endowments.

At the request of New York Governor Andrew Cuomo, Jonathan left the Assembly to serve as the Special Deputy Superintendent at the New York Department of Financial Services in charge of the New York Liquidation Bureau (NYLB), where he managed approximately 75 insolvent insurance companies with more than $3 billion in assets.

Before being elected to the Assembly, Jonathan practiced management-side labor and employment law and was chosen as the New York Coordinator of the FEMA/American Bar Association’s Disaster Legal Services program, through which more than 250 attorneys provided free, comprehensive legal assistance to nearly 1,000 New Yorkers affected by the terrorist attacks of September 11, 2001.

What’s Next for European Sports Governance and How Will It Address Its Current...
By
Squire Patton Boggs (US) LLP
Why Lawyers Should Never Pay for Awards or Honors and Never List Those on Their Web...
By
Stefanie Marrone Consulting
The Thrill of Fishing Coordinates and the Agony of Marginal Costs [PODCAST]
By
Greenberg Traurig, LLP
New Notifiable Events may Trump Criminal Sanctions as the Biggest Potential...
By
Squire Patton Boggs (US) LLP
Advertisement