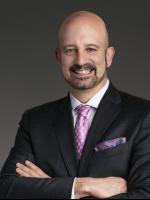 He represents clients in appellate and post-trial matters nationwide, having handled appeals in almost every federal circuit court and in state appellate courts from Florida to California to New York. He has successfully vindicated clients’ most important intellectual property interests on appeal, including defeating a Nobel Prize winner in litigation over the ownership of the patent on the Nobel-winning technology. His victories in major commercial matters include reversals in eight-figure cases in the Supreme Courts of California, Georgia, and Connecticut, where he reversed what was then the largest class-action or commercial judgment ever issued in the state.

Jonathan represents clients in major disputes involving art and artifacts, where his work has included the successful defense of title to one of Van Gogh's most famous paintings, representation of a museum in a dispute over Incan artifacts claimed by a Latin American nation, and representation of investors in an art investment fund. He counsels clients on the investigation and resolution of claims involving provenance and cultural property, and assists museums outside the U.S. in understanding, defending and resolving claims involving U.S. law.

He represents sovereign nations and former sovereign officials in pursuing or defending claims in the United States. He vindicated a former president of Mexico wrongly accused of violations of international human rights law, represented a foreign sovereign nation claiming RICO violations against a U.S. company, and currently represents the government of Germany and a Berlin-based consortium of public museums in a case alleging that a major collection of medieval art was obtained through duress in the Nazi era.

Among other recognitions, Chambers USA ranks Jonathan in its highest band, noting that clients have described him as "absolutely brilliant," "a fiercely bright appellate lawyer who handles high end problems," "a very cost-effective resource in contentious matters," and "probably the very best appellate advocate I have ever seen."

After graduating from Yale Law School, where he was Senior Editor of the Yale Law Journal and received a fellowship in legal ethics and awards from the Florida Supreme Court and the Cuban-American Bar Association, Jonathan clerked for the late Judge Louis H. Pollak, former Dean of Yale Law School, and then went on to co-found a clinical program at Yale, teaching there for five years while directing the project's litigation work and serving as a senior human rights fellow.