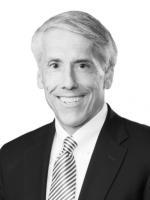 Kenneth Najder is a partner in the Corporate Practice Group. He represents public and private companies regarding a variety of corporate and securities law matters.

Ken advises clients on a broad range of corporate law and governance issues, and regularly acts as board counsel to public and private companies, including advising on executive compensation and corporate restructurings. He also has extensive experience designing anti-takeover defenses and with the Hart-Scott-Rodino Antitrust Improvements Act of 1976.

Ken and Jones Walker were featured in The American Lawyer as architects of CenturyLink's anti-takeover measures, thwarting Alltel's 2001 hostile bid, and as co-counsel to CenturyLink in connection with its 2009 acquisition of Embarq and its 2011 acquisitions of Qwest and Savvis.

He is an adjunct professor of law at Loyola University New Orleans College of Law, where he teaches a class on securities regulation.