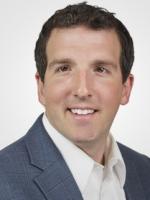 With more than a decade of experience working in the New York State Executive and Legislative branches, Mr. Bronner has developed a broad knowledge of New York’s state government and the interrelationships of specific agencies and the state, as well as federal and local budget and regulatory processes. He is also well versed in the legislative process and has drafted and negotiated legislation, Article VII language and appropriations bills. Mr. Bronner has evaluated existing and proposed programs and legislation, and where appropriate, recommended alternative solutions to administrative, budgetary and/or organizational issues to achieve objectives.

While serving in government, Mr. Bronner worked on a wide range of topics that include, but are not limited to, alcohol control, cigarette and tobacco, economic development, financial services, gaming, general government, healthcare, local government, Native American, racing and wagering and taxation. This includes working on key legislation such as the creation of the Department of Financial Services, the Gaming Commission, and the Upstate NY Gaming Economic Development Act, along with working on the passage of the state’s recent corporate tax reform legislation.

Mr. Bronner has acquired a strong network of key state and local government officials stemming from his recent employment as Director of Policy and Research at The Business Council of New York State, Inc., and in previous positions with the New York State Senate Finance and Insurance committees. In addition, he was a consultant and researcher at The Empire Center for New York State Policy in Albany, New York.