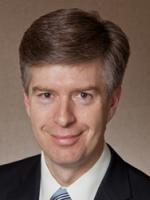 Michael has served as counsel for clients in 15 cases before the United States Supreme Court, and has represented parties in numerous cases before courts of appeals at both the state and federal level. He also has represented clients before various regulatory agencies and in congressional investigations.

Prior to joining Foley & Lardner, Michael worked for Wilmer, Cutler & Pickering in Washington, D.C., where his practice focused on commercial litigation and where he was awarded the John H. Pickering award for his commitment to pro bono representation.

Foley was responsible for class certification and dispositive motion issues. The plaintiff alleged that he purchased certain windows and doors from Lincoln Wood Products based on alleged misrepresentations about their insulating values, and that the products are manufactured in such a way that they ultimately will prematurely fail. Plaintiff sought to recover for violation of various state consumer protection acts, and under a theory of breach of warranty. The district court denied the plaintiff's motion for class certification, and dismissed some of his claims. The Tenth Circuit Court denied the plaintiff's request for interlocutory review.

Defeated a motion for class certification in a proposed nationwide class action against Honda North America, Inc. and other defendants. The plaintiffs alleged that OnStar Corporation and manufacturers of their vehicles, including Honda, defrauded the plaintiffs and other owners and lessees of vehicles equipped with analog cellular equipment by failing to disclose to them at the time of purchase that the Federal Communications Commission had made a rule change by which third-party cellular service providers would not be required to continue providing analog services some years after the purchase.