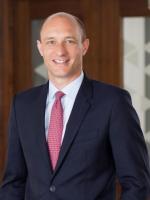 Oliver advises lenders and sponsors on the development and financing of cross-border projects across a broad range of industries, many of which are the first of its kind in their industry. He has significant experience advising on multi-sourced project financings involving export credit agencies, multilaterals and development finance institutions. He is also a regular speaker at industry conferences.

IFLR1000 has identified Oliver as a “Rising Star” every year since 2013, and he has been ranked by Chambers and Partners each year since 2012, where clients report that Oliver is considered “truly outstanding” and highlight his “knowledge of debt financing” and “drive to get the deal done.” Oliver is also ranked as a “Next Generation Lawyer” for Projects, Energy & Natural Resources: Infrastructure in the Legal 500 2018-19 rankings, and was nominated by in-house counsel and peers to appear in Euromoney’s 2015, 2016 and 2017 “Rising Stars” Expert Guides.

Impact Oil & Gas Ltd — financing arrangements for the acquisition of an interest by Main Street 1549 Proprietary Limited (a Black Economic Empowerment company) in the Exploration Right for Block 11B/12B (offshore South Africa) and the first exploration well to be drilled on the block, and the associated $35M equity placing, as lender

Saavi Energia — representing Actis in connection with the financing arrangements for its $1.256 billion acquisition of 2,220-megawatt of operating assets in Mexico*

* Work completed prior to Bracewell

Articles in the National Law Review database by Oliver Irwin