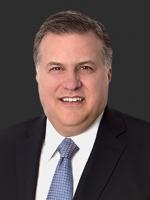 Trevor has broad international experience, having structured public and private acquisitions and investments in many countries, including the UK, China, Denmark, Finland, Germany, India, France, South Africa, Sweden, Switzerland, Belgium, and Canada. He has represented numerous companies in raising capital from institutional investors across many industries, including software, communications, the Internet, alternative energy, entertainment and media, semiconductors, healthcare, medical devices, and biotechnology.

Trevor was previously a partner with Proskauer Rose and was managing partner of its Washington, D.C. office from 2007 to 2014. Prior to joining Proskauer, Trevor was a partner with Wilson Sonsini Goodrich & Rosati (WSGR), where he founded and was managing partner of the firm’s first East Coast offices in Washington, D.C. and Virginia from 2000 to 2007. Before founding such offices, he spent many years practicing law in Silicon Valley with WSGR, where he also served on the firm's Operations and Strategy Committees. Trevor began his legal career at Latham & Watkins LLP in San Francisco. He is a CPA in the state of Virginia and worked in the financial services group of Arthur Andersen LLP in Washington, D.C. from 1985 to 1987.

Implementation of the Digital Content and Services Directive and the Sales of Goods...
By
Squire Patton Boggs (US) LLP
Latvian Citizen Fined US$4.5 Million and Sentenced to More Than 4 Years of...
By
K&L Gates
Changes to the “crown jewel” sports events amid UK broadcasting review: An updated...
By
Squire Patton Boggs (US) LLP
You Heard it Here: The Word THE is Now a Registered Trademark, Owned by Two Parties
By
Norris McLaughlin P.A.
Advertisement