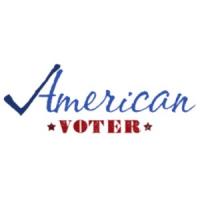 WASHINGTON, D.C., Sept. 17, 2012 — The 2008 presidential election saw record youth voter turnout, and the American Bar Association Young Lawyers Division hopes to inspire similar levels of participation in this fall’s election through its new American Voter effort. American Voter, which kicked off this month, is the division’s nonpartisan public-service campaign dedicated to educating current and future voters about the history of voting rights in the United States and the importance of exercising the right to vote.

“It is important for the Young Lawyers Division to be involved today, not because of the quadrennial election season, but because we are leaders in our communities, representatives of the Constitution and are both the present and future of the legal profession,” says David Courreges, project coordinator.

The American Voter project relies on strong participation from young lawyers across the country who can volunteer for voter registration, Election Day poll watching and community education. The centerpiece of the project is American-Voter.org, whose “primary role is to facilitate the engagement of young lawyers in the education of their communities,” Courreges says.

The site features a “Go Packet” containing resources for lawyers or educators to present law-focused education projects in classroom or community gatherings, including step-by-step instructions on how to organize a rollout of American Voter or any education-based legal public-service project. Components include:

“American-Voter.org will also feature a call to action that includes voter registration and poll-watcher volunteer information, streaming live presentations of American Voter rollouts, social-media interaction, a WordPress blog updated daily and much more,” Courreges says. “It is a multimedia educational effort aimed at encouraging a youth movement of involvement.”

In addition, American-Voter.org includes comprehensive information for each state on voter registration, qualification and Election Day. The site will answer such questions as: What is the deadline to register to vote? Do I need to present ID at the polling place? How do I request an absentee ballot?

Besides covering the nuts and bolts of the election process, the project puts young lawyers “in a unique position to be able to tell high-school students about the importance of the electoral process from a nonpartisan perspective,” says Chris Rogers, chair of the Young Lawyers Division. “Conveying the importance of the right to vote and providing information about voter registration in a format that is usable and recognizable for our audience are our primary goals for American Voter.”

With nearly 400,000 members, the American Bar Association is the largest voluntary professional membership organization in the world. As the national voice of the legal profession, the ABA works to improve the administration of justice, promotes programs that assist lawyers and judges in their work, accredits law schools, provides continuing legal education, and works to build public understanding around the world of the importance of the rule of law.

Lacy Durham is the ABA Young Lawyers Division Public Service Director. Lacy is as Tax Manager at Deloitte, Tax LLP in Dallas, TX. She is a member of the Employee Benefits and Executive Compensation Group. She is particularly versed in qualified plans, health & welfare arrangements, and fringe benefit issues including regulatory compliance, risk management, and document drafting. Lacy is a graduate of Southern University Law Center. She received an LL.M in Taxation from Southern Methodist University - Dedman School of Law and an MBA from Louisiana Tech University. She earned B.B.A.s in...