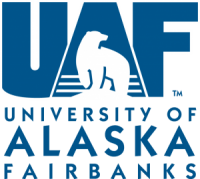 Alienation of Affection Claims – Alaska, North Carolina and Beyond.

It seems that almost every day there is a new accusation of sexual harassment/assault which comes to light. Women (and men) who have been victimized by powerful men are speaking out. 2017 saw a paradigm shift in how sexual harassment/assault victims are viewed by the general public, so much so that The Silence Breakers were Time’s “Person of the Year”. Historically women have been bullied into believing that being a victim was somehow shameful. Coming forward with accusations would often paint the victim as ‘asking for’ or ‘deserving of’ the harassment/assault. Victims would become the villain and it just became easier to not say anything. Attacking the victim’s veracity and credibility by drawing attention to any possible appearance of promiscuity is a common tactic used by trial lawyers defending sexual harassment/assault cases. There is a reason lawyers do this; very simply, it works. The victim gets beaten down to such an extreme that they just want to give up, and at that point a settlement or plea agreement can often be reached.

While Harvey Weinstein is the sexual predator most responsible for the #MeToo movement, one of the main impetus’ leading up to the Weinstein allegations was when, in October 2016, fifteen women accused then Presidential candidate Donald Trump of sexual harassment/assault. These women decided that, with Mr. Trump running for the highest office in the land, enough was enough and victims needed to speak out, not just with their voice but their names as well. As women began putting names and faces to their claims, other women began to see that there is no shame in being a victim and at long last the stigma of being a victim has begun to slowly lift. Although President Trump was able to survive his initial onslaught of accusers, a year later when Harvey Weinstein fell, the floodgates opened.

§ 52-13. Procedures in causes of action for alienation of affection and criminal conversation.

(b) An action for alienation of affection or criminal conversation shall not be commenced more than three years from the last act of the defendant giving rise to the cause of action.

(c) A person may commence a cause of action for alienation of affection or criminal conversation against a natural person only.

Where this ties into the ongoing harassment/assault renaissance is that these archaic laws are still in existence in seven states[1] and effectively treat women (and men) as sexual possessions.

Along those same lines American courts historically held that a husband could not rape his wife. This is an argument that was promulgated by Trump’s lawyer Michael Cohen when a passage from Lost Tycoon: The Many Lives of Donald J. Trump was brought up during the 2016 election claiming that President Trump had at one time sexually assaulted his then wife Ivana.  Unfortunately for Mr. Cohen, spousal rape has been a crime in every state since 1993.  What is telling about his comment however, is it reinforces the perception that there is a pervasive attitude among men of power; that being many of them still view women as chattel/sexual possessions.

It is now 2018 and women have finally gained the collective courage to speak out against sexual subjugation, and they are being heard. They have rewritten the narrative on sexual harassment and assault.  Allowing alienation of affection or criminal conversation claims to remain law in any American jurisdiction is an affront to what is being accomplished by all the people who have been brave enough to raise their voices and awaken the collective conscience of an entire generation.

[2] Citing 54 AM. JUR. 3D Proof of Facts § 135 (1999). The Alaska Supreme Court did not go into detail as to why the State of Alaska would not recognize the tort of alienation of affection, except to say “that economic losses resulting from divorce are not recoverable as a matter of law.” (Coulson at 1143)