On June 15, 2021, the Senate swore in Lina Khan as Chair of the FTC. On October 12, Rohit Chopra officially concluded his service as FTC commissioner, leaving the FTC with four commissioners (two Democrats and two Republicans). Although President Biden nominated Alvaro Bedoya to fill the final position, the Senate returned Bedoya’s nomination to the president in late December. President Biden has since renominated Bedoya to the Commission, but Bedoya awaits confirmation proceedings. Until a fifth commissioner is appointed, it is possible the FTC could deadlock on partisan lines on enforcement proceedings, consent orders or policy changes. Additionally, on November 26, Chair Khan named John Kwoka as chief economist to the Chair to work on an “updated approach to merger review policies.” Kwoka has written exhaustively on his view that FTC and DOJ merger enforcement has been too lenient and consent orders have failed to protect competition.

On November 17, Jonathan Kanter was confirmed as Assistant Attorney General for the DOJ’s Antitrust Division.

Despite the shifting leadership landscape at the agencies, the DOJ and FTC continue to challenge mergers.

On December 2, the FTC filed a complaint to block a proposed $40 billion vertical merger between Nvidia Corp. and Arm Ltd. Also on December 2, Great Outdoors Group, LLC (known for its Bass Pro Shops and Cabela’s stores), abandoned its proposed acquisition of Sportsman’s Warehouse following feedback from the FTC that they would not receive clearance to close the transaction after an 11-month investigation.

On October 25, 2021, the FTC announced a return to the practice of including prior approval provisions in consent decrees for allegedly anticompetitive mergers. This means that in addition to divesting a business, the FTC is requiring companies to obtain FTC prior approval before purchasing any business that competes in the same market, even if the subsequent transaction is not Hart-Scott-Rodino Act (HSR) reportable. In explaining the policy, Holly Vedova, Director of the Bureau of Competition, noted “The FTC should not have to waste valuable time and resources investigating clearly anticompetitive deals that should have died in the boardroom. Restoring the long-standing prior approval policy forces acquisitive firms to think twice before going on a buying binge because the FTC can simply say no.”

Since that announcement, prior approval provisions have appeared in multiple consent orders across various industries, including healthcare, pharmaceuticals, oil and gas, and retail. See, e.g., Global Partners LP / Wheels; ANI Pharmaceuticals, Inc. / Novitium Pharma LLC; and Price Chopper / Tops. The provisions typically are limited geographically and to the term of the order, which is generally 10 years. However, in one case involving a “particularly acquisitive company,” the geographic scope of the prior approval provision extends beyond the market directly impacted by the transaction.

In addition to requiring many merging parties to agree to prior approval provisions, the FTC has also required divestiture buyers to sign up to these provisions. In several consent orders, for a period of 10 years, the divestiture-buyer is required to obtain prior approval before selling the divested assets.

The Commission imposed five measures: (i) “GRAIL will remain separate from Illumina and will be led by one or more independent managers responsible for ensuring the segregation of the business for the benefit of GRAIL only (and not that of Illumina);” (ii) “Illumina and GRAIL are prohibited from exchanging confidential business information, except when disclosure is required by law or is necessary in the normal course of their supplier-customer relationship;” (iii) “Illumina is required to provide additional funds necessary for the operation and development of GRAIL;” (iv) “The parties will interact commercially under normal competitive conditions, without unduly favoring GRAIL to the detriment of its competitors;” and (v) “GRAIL should actively seek alternatives to the transaction in question in order to prepare for the possible scenario that the merger may be cancelled because the Commission considers it incompatible with the internal market.”

The Commission’s decision to impose interim measures serves as a stern reminder that it takes what the Commission determines to be procedural infringements of the EUMR seriously, even in the context of non-notifiable mergers that have been referred to it pursuant to Article 22 of the EUMR.

On December 14, 2021, the Commission conditionally cleared in Phase I Veolia’s acquisition of Suez. The Commission deemed Veolia’s comprehensive commitments sufficient to assuage the Commission’s competition concerns, without the need for a Phase 2 investigation.

Clearance of the transaction by the UK Competition and Markets Authority is still pending (currently in Phase 2).

IAG, owner of leading airlines in Ireland, Spain and the UK, sought to acquire Air Europa from Globalia and provided notification of the transaction to the Commission in May 2021. IAG, owner of Iberia and Vueling, is the largest airline in Spain and Air Europa is the third-largest airline in Spain. The Commission opened a Phase 2 investigation into the proposed transaction in June 2021. Competition Commissioner Margrethe Vestager stated that, even taking into account the impact of COVID restrictions, the merger would have negatively affected competition on some domestic, short-haul and long-haul routes within, to and from Spain. The parties abandoned the transaction in December 2021.

IAG/Globalia was the second transaction in 2021 to withdraw from a proposed acquisition in the passenger air transport sector: Air Canada withdrew from its decision to acquire Transat in April 2021. In both transactions, the companies failed to propose a remedy package that was sufficient to address the Commission’s competition concerns.

In May 2020, Facebook purchased Giphy, the largest provider of GIFs (a format for image files that supports both animated and static images). Giphy operates an online database and search engine that primarily allows users to search and share GIFs and can be used indirectly on third-party apps, mostly social networks.

In June 2020, the CMA issued an initial enforcement order against Facebook, preventing Facebook and Giphy from further integrating their businesses while the CMA’s investigation is pending. The CMA’s Competition Appeal Tribunal denied Facebook’s request to be released from the initial enforcement order. The CMA’s decision was ultimately upheld by the Court of Appeal. The CMA referred the merger for a Phase 2 investigation in April 2021 after alleging competition concerns regarding digital advertising and the supply of GIFs, and following the parties’ refusal to offer undertakings to address the CMA’s concerns.

On October 20, 2021, the CMA fined Facebook a record £50.5 million for breaching the initial enforcement order. The CMA explained that “[it] warned Facebook that its refusal to provide important information was a breach of the order but, even after losing its appeal in two separate courts, Facebook continued to disregard its legal obligations.” The CMA further explained that the record fine “should serve as a warning to any company that thinks it is above the law.”

The CMA ultimately required Facebook to sell Giphy on the basis that Facebook would be able to increase its already significant market power in relation to other social media platforms. Facebook’s proposed remedies were ultimately deemed insufficient to address the CMA’s competition concerns.

The CMA updated its merger guidance to account for the entry into force of the NSI Act on January 4, 2022. The NSI Act replaces the system of discretionary public interest intervention in mergers by the UK government under the UK Enterprise Act and creates a new mandatory notification system operated by the Investment Security Unit (ISU), part of the UK Department for Business, Energy and Industrial Strategy.

Mergers may now qualify for review under the UK merger control regime and the UK national security regime. The revised merger guidance provides that, in such circumstances, “the CMA and the ISU expect to coordinate, as may be appropriate, to manage the interactions between the two regimes that may arise in specific cases” and that, where a merger is investigated by the CMA on competition grounds and for national security reasons under the NSI Act, “the CMA may share confidential information with the ISU.” 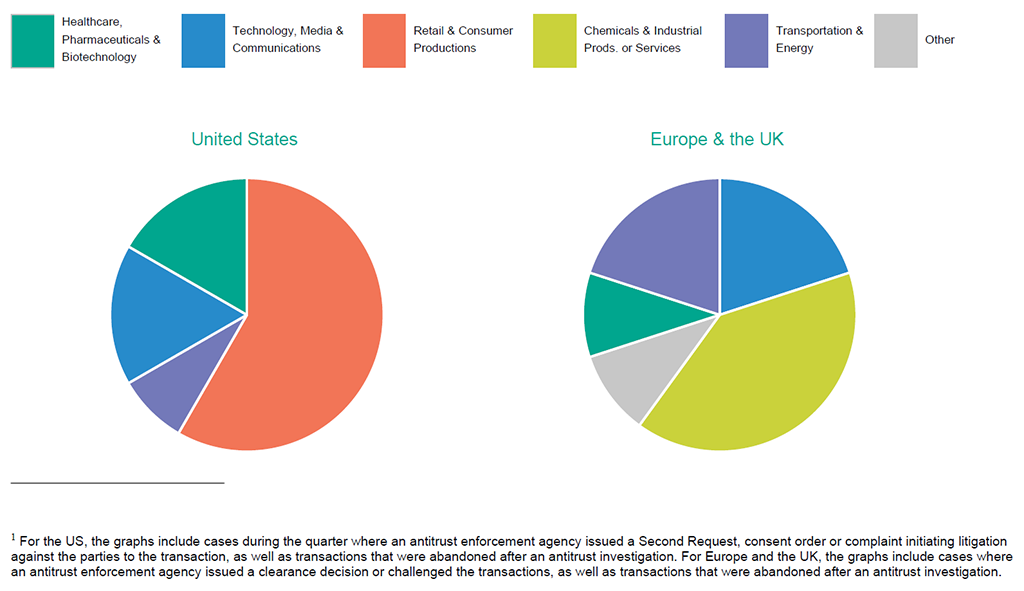 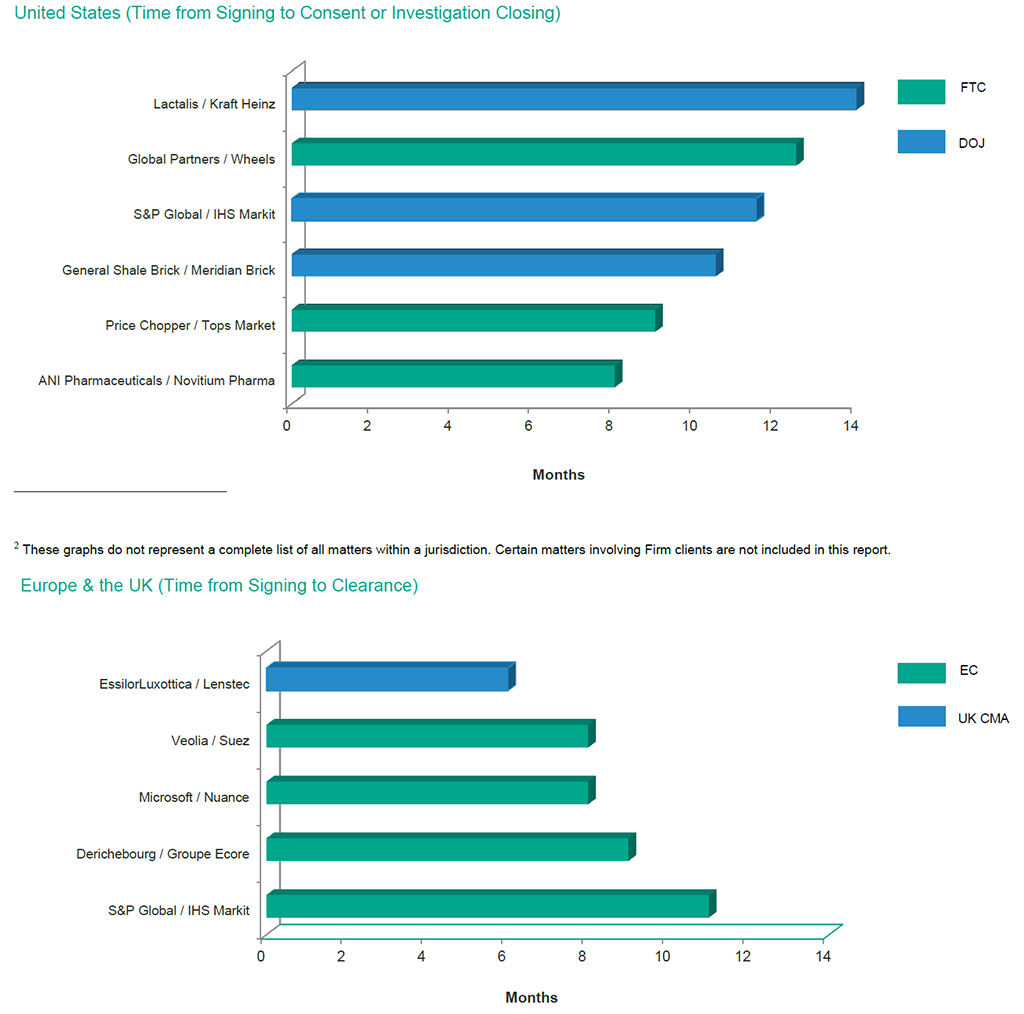 Before joining McDermott, Mary worked in a wealth management firm. She was an intern in several French law firms specialized in competition law and also interned at Samsung Electronics and at Euro Disney.