Two well-known grocery stores, Tesco and Lidl, are involved in an ongoing trade mark dispute (Lidl Great Britain Limited v Tesco Stores Limited [2022] EWHC 1434 (Ch)). While the trial is set to take place in 2023, the recent developments in relation to arguments of bad faith are noteworthy, especially for brands engaged in trade mark refiling, or ‘evergreening’.

Lidl is a budget supermarket that owns a number of trade mark registrations for its logo, including a figurative mark bearing ‘LIDL’ in the middle, and a plain logo mark with no text (see below). 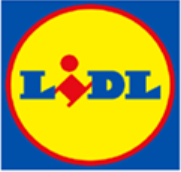 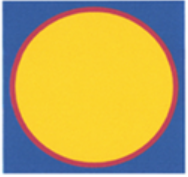 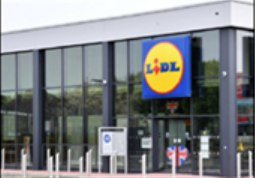 The biggest grocery store chain in the UK, Tesco, has introduced a logo resembling that of Lidl’s plain logo for the promotion and marketing of its loyalty discount cards, or ‘Clubcards’, in September 2020. The marketing materials used entail a yellow circle in a blue rectangular font with ‘Clubcard Prices’ spelled out in black in the middle (see below). 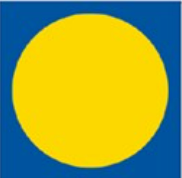 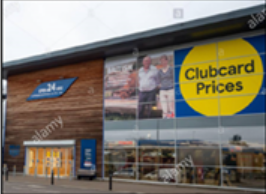 Lidl claimed that such Tesco’s promotional materials infringe their registered trade marks, and in particular, the plain logo mark. Although the wordless mark may not have been used by Lidl on its own in the UK, Lidl stated that it is recognised as being distinctive of the budget supermarket’s business, and has an established a reputation in the UK. As such, Tesco’s Clubcard Prices marketing tactics was to ‘ride on the coattails of Lidl’s reputation as a “discounter”’, taking unfair advantage of Lidl’s trade mark. In addition, Lidl put forward claims of dilution, copyright infringement in relation to the artworks of the trade marks, and passing off.

In its counterclaim, Tesco responded with an argument of bad faith, namely that Lidl filed the plain logo mark as a legal weapon with no intention to use it but rather to establish a wider protection for the word logo. Most notably, Tesco pointed out to a Lidl’s practice of periodically refiling the wordless mark, which allows circumventing the requirement of demonstrating use of the mark after five years of application. Indeed, the plain logo mark was initially filed in 1995, with subsequent applications for the same mark made by Lidl in 2002, 2005, 2007 and 2021. The bad faith argument made by Tesco was struck out at first instance, but following the recent Court of Appeal decision, it will now form part of the counterclaim in the upcoming High Court battle between the supermarkets next year.

The practice of evergreening trade marks has been a matter of debate for a number of years. In particular, the recent EU decisions with respect to bad faith filings made by Hasbro for the MONOPOLY mark have emboldened many to seek to challenge trade mark registrations in the UK and the EU along similar grounds.

Accordingly, if this matter proceeds, it will likely provide important guidance on the validity of the practice of evergreening trade marks in the UK – particularly in a post Brexit world where the UK may diverge in approach from the EU.

Aurelija Grubytė is a trainee solicitor at K&L Gates' London office. She is a member of the Construction and Infrastructure practice group

Prior to joining the firm, Aurelija served as a litigation paralegal at various City law firms. Her past clients range from UHNI and multibillion dollar companies to micro enterprises. She operated within the European and UK jurisdictions and cooperated with counsel from different continents