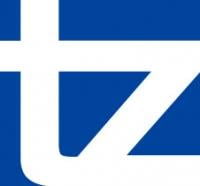 On March 18, 2015, the Department of Justice (DOJ) announced that W.G. Mills, a construction management company located Florida, agreed to pay the U.S. Government a settlement of $1.1 million for allegedly violating the False Claims Act (FCA) by intentionally creating a front company in order to qualify for Service Disabled Veteran Owned Small Business (SDVOSB) contracts.  Rules and regulations outlined by the government regarding SDVOSB contracts states that only companies that are managed and operated by service-disabled veterans can be considered for SDVOSB contacts and cannot be affiliated with a large company.  According to the allegations of the case, W.G. Mills is neither managed nor operated by service-disabled veterans and is therefore not eligible to compete for SDVOSB contracts.

In November 2010, Gilbane Building Company, a construction management and related services provider based in Rhode Island, merged with W.G. Mills Inc., allowing W. G. Mills to expand its operations and establish a larger client base.   However, according to a qui tam lawsuit filed in the Middle District of Florida by Michael Jeske and Samuel McIntosh, the whistleblowers in this case, W.G. Mills allegedly created Veterans Constructors Incorporated (VCI), a SDVOSB located in Florida, in order to qualify to bid on government contracts specifically designated for SDVOSBs.  But because VCI is allegedly owned and operated by W.G. Mills, it was not actually eligible to be awarded contracts set aside specifically for SDVOSBs, and therefore violated the FCA when it claimed that it was.  Moreover, even if W.G. Mill had not been affiliated with VCI, it would still have been in violation of the FCA because most of the work outlined in a Coast Guard contract awarded to VCI was performed by W.G. Mills, and SDVOSB contracts forbid large companies from performing the work outlined in SDVOSB contracts.

If you have information that someone has created a “front” company in order to be eligible for government contracts they would not otherwise qualify for, do not hesitate to take action. You might be able to bring your own qui tam lawsuit under the False Claims Act, acting as a whistleblower on behalf of the government. By doing so, you can help those who legitimately should qualify for those contracts—in this case, disabled veterans—while also qualifying for your own reward. Before filing your lawsuit, be sure to consult with an attorney familiar with the intricacies of the False Claims Act and qui tam lawsuits, as these attorneys are best equipped to help protect your rights and help you gain your share of any monetary reward from a potential settlement.