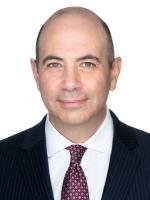 Mr. Tycko has represented clients in numerous qui tam whistleblowing cases, in areas including Medicare fraud, government contracts fraud, and tax fraud. In addition, with the 2010 passage of the Dodd-Frank Act, Mr. Tycko’s practice has expanded into representation of whistleblowers in the areas of securities and commodities, and violations of the Foreign Corrupt Practices Act.

Mr. Tycko focuses his practice on civil litigation, with special concentrations in whistleblower cases, consumer class actions, unfair competition litigation, employment litigation and housing litigation. He has extensive trial and appellate experience in courts around the country, and has represented a wide range of clients, including individual whistleblowers, Fortune 500 companies, privately-held business, and non-profit associations.

Prior to founding Tycko & Zavareei LLP in 2002, Mr. Tycko was with Gibson, Dunn & Crutcher LLP, one of the nation’s top law firms. He received his law degree in 1992 from Columbia University Law School, and earned a B.A. degree, with honors, in 1989 from The Johns Hopkins University. After graduating from law school, Mr. Tycko served for two years as law clerk to Judge Alexander Harvey, II, of the United States District Court for the District of Maryland.

In addition to his private practice, Mr. Tycko is an active participant in other law-related and community activities. He currently serves on the Conference Committee of the Taxpayers Against Fraud Education Fund, charged with planning the premier annual conference of whistleblower attorneys and their counterparts at the United States Department of Justice and other government agencies.  He has taught as an Adjunct Professor at the George Washington University Law School.  He is a former member and Chairperson of the Rules of Professional Conduct Review Committee of the District of Columbia Bar, where he helped draft the ethics rules governing members of the bar.  And Mr. Tycko is a member of the Board of Trustees of Studio Theatre, one of the D.C. area’s top non-profit theaters.

Articles in the National Law Review database by Jonathan Tycko