We've blogged in the past about the efforts of Dominion Resources, Inc. to construct a natural gas pipeline from West Virginia, through Virginia, leading to southern North Carolina.  We've also blogged about the anticipated steps that would occur in those efforts, including attempts to survey properties included within the 550-mile pipeline's anticipated path.

It's also worth noting that, according to Dominion Resources, Inc., the vast majority of landowners -- reported as "70 percent of landowners along the route" -- from whom survey permission has been sought have not tried to prevent Dominion from surveying land.

What will refusing consent accomplish, from the standpoint of the landowner?  Not much.  But that's what makes this interesting.  It brings to light the degree of work involved in projects of this size and this scale, whether on the side of those looking to permit, locate, construct and employ the pipeline to those looking to stop it at each stage.

This is already a big fight, and will continue that way.  We know Dominion Resources, Inc. and its partners anticipate as much; do the landowners? 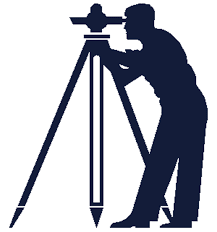