It was reported back in May 2014 that Dominion Resources, Inc. was considering at the time, an "extremely preliminary" prospect, the construction of a 450-mile underground natural gas pipeline from West Virginia, through Virginia, leading to southern North Carolina, with North Carolina spurs running to Raleigh and Fayetteville.

Now it sounds like a virtual done deal, though we can't quite tell yet who is in the driver's seat.  It was reported this week that Duke Energy and Piedmont Natural Gas "have selected" Dominion Resources, Inc. to build a pipeline.  The 550-mile "Atlantic Coast Pipeline", which will range in diameter from 36-inches (in North Carolina) to 42-inches (in West Virginia and Virginia), will transport natural gas from the Utica and Marcellus shale basins in West Virginia, Ohio and Pennsylvania.  The pipeline is reported to be owned as follows: 45% by Dominion Resources, Inc., 40% by Duke Energy, 10% by Piedmont Natural Gas, and 5% by AGL Resources.

According to North Carolina Governor Pat McCrory, Dominion's Atlantic Coast Pipeline will (1) create jobs (740 workers and 52 operations employees), (2) create "greater availability means" to natural gas, which will moderate rate spikes for the residential, commercial and industrial consumer, (3) generate a "$680 million boost to the [North Carolina] economy", and (4) stabilize power sources and rates, which have been causes of North Carolina losing "some companies".

Dominion's Atlantic Coast Pipeline still needs approval from the Federal Energy Regulatory Commission (FERC), but, pending approval, is expected to go online in 2018.  This seems to us to be a tight timeframe, which brings us to a land use point: necessary easements.

The pipeline will need to go in the ground, the ground will need to be the ground of others, the ground of others will need easements in the name of the pipeline, and the easements will require gift, negotiated purchase or eminent domain.  We understand that Spectra Energy Partners, LP and Dominion Pipeline Company have already sent notices to some property owners "within a 400-foot wide corridor of the proposed route to ask for permission to survey their land", which will be the first of many steps in the process of building the pipeline.

The final route has not been decided, it's been publicly stated, but that is not far off.  Therefore, if one has received a notice, or has otherwise been approached by one of the companies involved in the process about land, one should begin work as soon as possible to best position for working with and through this process.  Yes, that includes working with counsel. 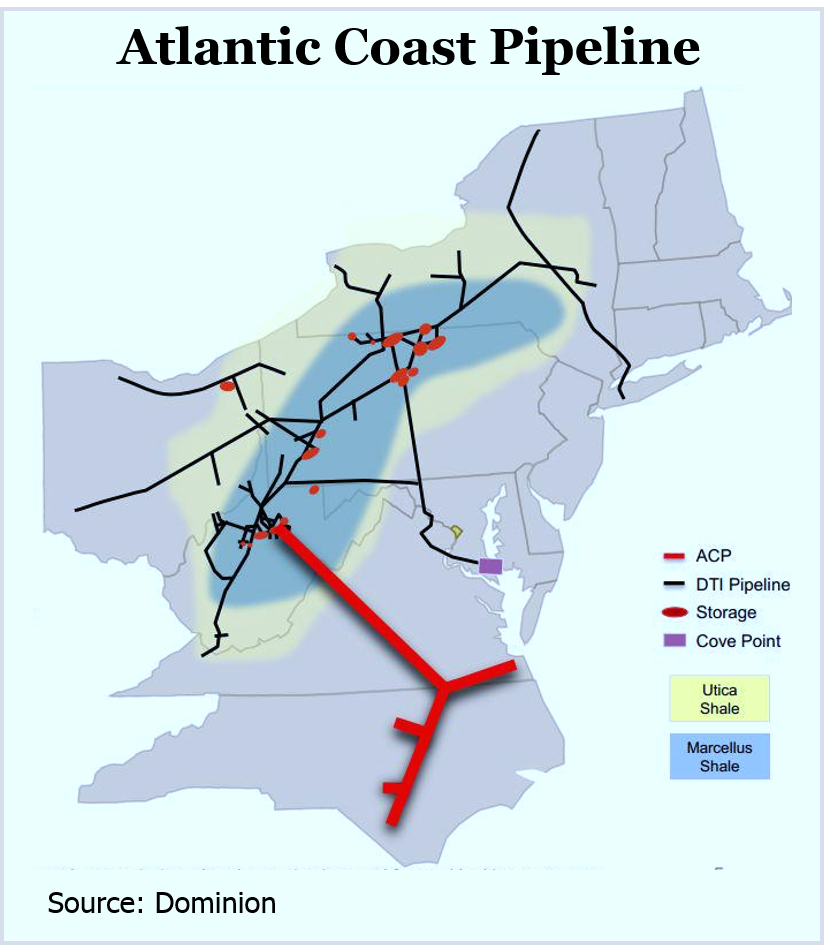