FDA also increased its focus on foreign entities that manufacture or distribute products for the US market. In 2012, the Food and Drug Administration Safety and Innovation Act, which amended FDCA section 510(h), eliminated the distinction between domestic and foreign inspections and directed FDA to take a risk-based approach to inspecting both domestic and foreign drug manufacturing establishments. FDA formalized its process for selecting establishments for inspection based on risk factors specified by FDCA section 510(h) in 2015. Thus, 2018 reflected this increased focus on foreign-regulated entities.

Alleged violations of FDA and health care laws continue drive False Claims Act (FCA) liability based on the “implied false certification theory.” In 2016, the Supreme Court of the United States held that “the implied false certification theory can be a basis for FCA liability when a defendant submitting a claim makes specific representations about the goods or services provided, but fails to disclose noncompliance with material statutory, regulatory, or contractual requirements that make those representations misleading with respect to those goods or services.” Universal Health Services v. United States ex rel. Escobar, 579 U.S. ___ (2016). The resolution of these cases may influence FCA cases based on alleged violations of cGMP, quality and other FDA requirements for reimbursed products.

In 2018, federal courts at both the trial and appellate level grappled with the practical application of the Supreme Court’s ruling in Escobar. At issue is the case-by-case determination of whether a plaintiff has met the pleading standard for specificity and materiality in federal FCA cases to withstand a defendant’s motion to dismiss. District court and appellate decisions came down on both sides of the fence in 2018. For example, the courts of appeal are deciding differently the question of whether a “specific representation” must be made to the government about the allegedly false goods or services in order to establish at the pleading stage a false certification theory of liability. The Second, Fourth and District of Columbia Circuits have held that allegations of specific representations are not a necessary condition to assert implied false certification claims that may withstand a defendant’s Rule 9(b) motion to dismiss. In the Seventh and Ninth Circuits, however, plaintiffs must sufficiently allege specific representations were made in order to move on to the discovery phase of the case.

Federal courts at both the trial and appellate level grappled with the practical application of the SCOTUS's ruling from 2016's Escobar decision.

Courts are also applying the Escobar materiality test with sufficient rigor to defeat relator claims at the pleading stage. The “materiality” test continues to be heavily litigated, and the circuit courts are split over whether regulatory violations are “material” to government reimbursement. Some circuits have set a high bar for materiality. For example, the Fourth Circuit has held that FDA GMP violations by themselves are insufficient to establish FCA liability. See Rostholder v. Omnicare, Inc., 745 F.3d 694 (4th Cir. 2014) and a discussion of the Ninth Circuit case here. But see a discussion about the Sixth Circuit case here, setting a lower threshold for materiality. In the Middle District of Florida, a district court vacated a verdict adverse to the nursing home defendant on the basis of the court’s assessment of the materiality of defendant’s allegedly non-compliant record-keeping practices. Ruckh v. Salus Rehabilitation (M.D. Fl. Jan. 11, 2018). In Ruckh, a $350 million verdict fell by the wayside because of evidence that the government continued paying defendant’s claims despite knowing about its alleged record-keeping deficiencies. Most courts agree with the Ruckh court’s reasoning that if the government continues paying a contractor after becoming aware of allegations of the contractor’s non-compliance with statutory or contractual terms, the contractor’s non-compliance was not material to the government’s decision to continue payments. Brookdale Senior Living Communities, Inc., a major home health company, has petitioned the Supreme Court to resolve the circuit split.

The DOJ took a firm step towards greater transparency about its decision making process for dismissing qui tam matters over a relator’s objection pursuant to 31 USC § 3730(c)(2)(A) and as further described in the Granston Memorandum. In a filing made by DOJ in the long-running federal FCA qui tam, Gilead Sciences Inc. v. U.S. ex rel. Jeffrey Campie et al., case number 17-936, now before the Supreme Court, the DOJ asserted that it intends to file a motion to dismiss the declined qui tam matter if the Supreme Court lets stand the US Court of Appeals for the Ninth Circuit ruling that revived the relator’s lawsuit, and subsequently remands the case back to the trial court for further proceedings. The case on the merits made its way to the Supreme Court on the basis of the parties’ arguments regarding the application of the Escobar standards for adequately pleading False Claims. Gilead Sciences successfully argued to the district court on its motion to dismiss that relator’s allegations were not material for FCA purposes. A Ninth Circuit panel reversed the district court’s ruling, potentially opening the discovery floodgates for the pharmaceutical manufacturer and for the relevant US agencies responsible for regulating the approval and reimbursement of Gilead Sciences’ products, specifically FDA. 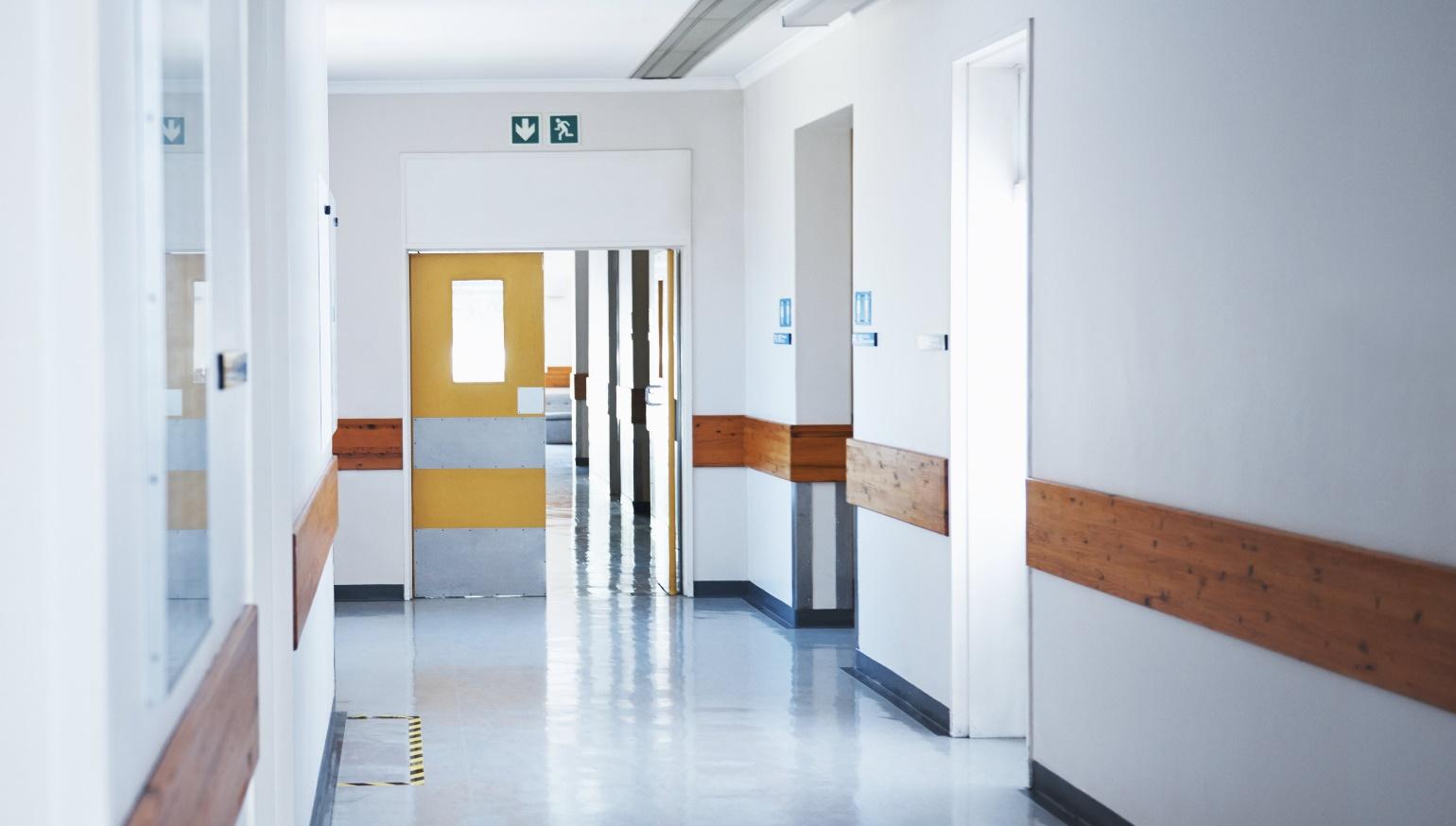 Even while weighing in on the merits of the Escobar issue as the party in interest on relator’s side, the DOJ included in its brief the following assertion: “[t]he government’s authority to dismiss qui tam suits is not limited to circumstances where the defendant is entitled to dismissal on legal or factual grounds, but may be exercised whenever the government concludes that continued prosecution of the suit is not in the public interest.” In particular, the DOJ cited concerns about the parties likely making “burdensome” requests for FDA documents and witness testimony during the ordinary course of discovery. “In addition, if this suit proceeded past the pleading stage, both parties might file burdensome discovery and Touhy requests for FDA documents and FDA employee discovery (and potentially trial testimony), in order to establish ‘exactly what the government knew and when,’ which would distract from the agency’s public-health responsibilities  . . . [b]ased on all those considerations, the government has concluded that allowing this suit to proceed to discovery, and potentially a trial, would impinge on agency decision making and discretion and would disserve the interests of the United States.”

As discussed here, the DOJ announced a policy prohibiting the use of agency guidance documents as the basis for proving violations of applicable law in civil enforcement actions, including those brought under the FCA. The Brand Memo, issued by then-US Associate Attorney General Rachel Brand, defines “guidance documents” as “any agency statement of general applicability and future effect, whether styled as guidance or otherwise, that is designed to advise parties outside the federal executive branch about legal rights and obligations.” It is unclear how this will affect the use of agency guidance in DOJ litigation, as DOJ and relators have historically relied on such documents to support their legal position concerning whether a particular practice violates the law. The basic premise of the Brand Memo is that most guidance documents are not subject to the Administrative Procedure Act’s notice-and-comment rulemaking, and the DOJ “may not use its enforcement authority to effectively convert agency guidance documents into binding rules.”

Vernessa T. Pollard is a partner in the law firm of McDermott Will & Emery LLP and is based in the Washington, D.C., office. Vernessa serves as co-head of the Firm’s Food and Drug Administration (FDA) practice.

T. Reed Stephens is a partner in the law firm of McDermott Will & Emery LLP and is based in the Firm's Washington, D.C., office.  Reed represents clients involved in the Life Sciences industry, including pharmaceutical and biotech manufacturers, wholesalers, and individuals, as well as health care systems and non-health care related companies in the financial services industry.  In addition to representing clients in matters involving state and federal government law enforcement, voluntary disclosures, and congressional investigations Reed advises clients on mergers...

Michael W. Ryan is a partner in the law firm of McDermott Will & Emery LLP and is based in the Firm’s Washington, D.C. office.

Michael focuses his practice on the legal, regulatory and reimbursement issues that manufacturers and investors encounter in the development and commercialization of pharmaceuticals, medical devices, biotechnology products and laboratory services.  Michael counsels entities as they seek to obtain authorization to market their products from the U.S. Food and Drug Administration, maintain compliance with applicable laws and regulations (including the...