If the Purple Colour May Not Be Subject to the Effect of Time, Trade Marks Certainly Are

When it comes to non-traditional trade marks in the EU, the requirement of a clear and precise description can be quite complex to put into practice, as demonstrated in the recent UK Court of Appeal decision in Cadbury v The Comptroller General of Patents Designs and Trade Marks.

In 2013, in Cadbury v Nestle, the Court of Appeal held that the graphic representation and the description of the purple mark did not constitute a sign within section 1 of the Trade Marks Act but rather an attempt to register multiple signs with different permutations, presentations and appearances, which are neither graphically represented nor described with any precision.

As a result, Cadbury attempted to amend the (same) description of another of its colour marks, registered in 1998 and now at risk of invalidity as a consequence of the Cadbury v Nestle decision. However, both the Comptroller and the High Court denied Cadbury’s request to amend the mark description.

The purple mark was represented and described as follows: 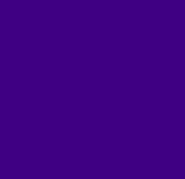 If we consider this description in light of the recent cases like Heidelberger and Red Bull, it is clear that it does not satisfy the Sieckmann criteria, according to which a sign must be clear, precise, self-contained, easily accessible, intelligible, durable and objective.

However, the Cadbury trade mark application was filed in 1997 (yes, 22 years ago!) and not only did the mark reach registration but, interestingly, Cadbury followed the guidance of the Registrar at the time by using the term “predominant” in the mark description.

As we know, amendments to registered marks are allowed in limited circumstances, such as when a trade mark is filed as a series mark according to section 41 of the Trade Mark Act.

Therefore, Cadbury argued that its purple mark was actually a series of marks. Although this indication was absent in its trade mark application, Cadbury stated that the mark description contained two alternative marks (i.e. “colour applied to the whole visible surface OR being the predominant colour”) and, as a result, the marks were inevitably part of a series, one of which could be deleted.

By contrast, the Comptroller submitted that Cadbury’s mark did not satisfy the requirement of a series mark and a different conclusion would impact the nature and scope of a trade mark registration.

Decision ​of the Court of Appeal

The engaging reading of the Court of Appeal decision reaches the conclusion that Cadbury intended to register a single mark, and that this falls foul of the requirements of clarity and precision.

Floyd LJ agreed with the Comptroller that any other decision would introduce uncertainty to the trade marks register and difficulty in examining trade marks in the future.

This case reminds us that while a time machine would certainly be helpful to address uncertainties in the law from the past, in absence of one, a creative argument may not be sufficient to adapt to the developments of trade mark law.

This case naturally raises questions about the reliability of Registrar guidance in the long run and it confirms that a trade mark is meant to grant a monopoly and, consequently, its examination (especially if it is a non-traditional mark) must be in compliance with the principle of legal certainty.

Serena Totino is an associate in the firm’s London office, where she is a member of the IP Procurement and Portfolio Management practice group. Ms. Totino manages the trademark and design portfolio of international companies, advising clients on infringements, invalidation actions and international filing strategies. In addition, she has experience in negotiating and drafting IP related agreements and has worked on a range of copyright and domain name matters.