Local Political Considerations and the Impact on Land Use Decisions: The Matter of Rye Playland

We've blogged in the past about Rye Playland, a publicly-owned and publicly-operated amusement park situated in the waterfront suburbs of New York City.  This interests the North Carolina Land Use Litigator as a native of neighboring Rockland County, sure, but it mostly interests us because the tumult surrounding the public amusement park involves all sorts of state and local land use regulatory issues: public-private partnerships, environmental, zoning, planning.  The list likely goes on and on.

It appears that turmoil continues for the Landmark.  According to reports, while it was recently settled by the county executive that a particular private entity would lead a "transformation" of the park (the same private entity responsible for its "revival" of Manhattan's Bryant Park, which is about as hard as revitalizing the space underneath the Eiffel Tower), the county legislature, itself, is now looking at the issue.  One newspaper calls this the "manifestation of a political power struggle".

The plan approved by the county executive, and since corralled by the county legislators "favors a return to the historic design, with public gathering spots along the promenade and shoreline, and the creation of ballfields in the existing parking lot. Sustainable Playland says its plan not only welcomes a more diverse clientele, it relies on that diversity for the new, year-round business model."  In other words, the leading paradigm favors a public park.

However, "County Legislator Virginia Perez, D-Yonkers, raised concerns that the development is leaving out her constituents — less-well-off families who go to Playland as an affordable family outing, mainly for the rides.  'They’re worried Sustainable Playland is meant to keep out minorities,' she said."  In other words, policial concerns from the "less wealthy" favor a public amusement park.

Do you want to spend your day here: 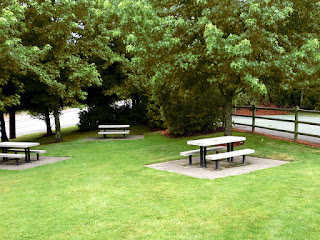 Or do you want to spend your day here: 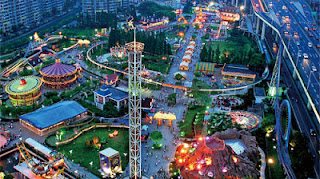